The growth in faith schools in the last decade or so presents a grim prospect for future social injustice. Let’s stop religious discrimination from interfering in the education system. You can read more in my article here.

Most people don’t want religious schools as part of our state-funded education system at all. When people are asked what groups they do not want to see running schools (such as private companies, charities, parent groups, religious groups), more people say religious groups than anything else. It’s difficult to say for certain why, but certainly most people say they think religiously selective schools damage social cohesion and the socially selective nature of church schools in particular is a long-standing cause of complaint.

Repeated studies have shown that where there is religious selection in church-run state schools there is also social selection. A report by academics at the LSE in 2009 reaffirmed that the range of admissions criteria allowed scope for school “discretion”, but social selection need not even be deliberate on the part of church-run state schools. Even the most socially progressive school will find, if its admissions criteria allow for religious selection, that it is middle-class parents with the time and the means to play the system whose children will end up attending the school. The pupils admitted to religiously selective schools are more academically able and less likely to be on free school meals than others in the area. They show all the attributes of socially selected children.

It is a good thing that some socially progressive figures in the church would like to see this selection and segregation ended. It may be that the bishop of Oxford is in this camp, although in asking for only 90% of pupils not to be the result of selective admissions, he does not go as far as the Anglicans supporting the Accord Coalition, who argue that there should be no religious admissions discrimination at all. Continuing discrimination in employment and in the curriculum, as well as the 10% of pupils who would still be selected in the bishop’s plan make the giving of three cheers to him impossible. But his statement can certainly be given at least 90% of one cheer for going further than any of his predecessors.

Even those of us who don’t want to see religious schools at public expense at all will think that, for as long as we have them, it should at least be the case that any member of the public should be able to send their children to them. Church of England schools – like all other state “schools of a religious character” – are 100% publicly funded. But the public has no say over what admissions policies most of these schools operate. Nor – directly – does the bishop of Oxford, in spite of his semi-progressive announcement, as the law allows the governing bodies of these schools to set their own policy. It is time for that to change, and real believers in social justice within the Church of England should be pushing for all powers to discriminate on religious grounds to be removed from all state schools.

In all the time the church has been involved in our schools, it must be admitted that it has sometimes been a force for good, educating children who would not otherwise have had the benefit of an education. It has also done harm: in the past, working against the introduction of universal education, and today as one of the last advocates of discrimination in state school admissions. If the bishop’s announcement really is a plan for “institutional suicide” as some have suggested, it would be a relatively dignified exit. 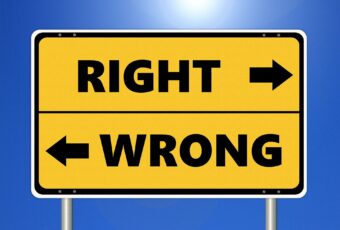 A humanist perspective on morality