Last week The Guardian sent me to see ‘Joy is People’ – the Jeremy Deller retrospective at the Hayward Gallery. It was for the excellent ‘Another View’ column by Laura Barnett?

It was published in the paper today and is here and below.

I don’t know if Jeremy Deller is a humanist, but his fascinating exhibition has a lot to link it with the movement. Its title Joy in People, taken from a banner on a 2011 political demonstration, neatly sums up one of our core values: humanity’s positive potential. It would make a great slogan for the British Humanist Association.

I know of several artists who are humanists: Anish Kapoor, for example, is a BHA member. But then there is a link between the principles of humanism and the creative process. As humanists, we encourage people to find their own meaning through connections with others, and through their own imaginations. Any artist whose work questions who we are, and our relationship with each other, is doing the same thing.

Most of Deller’s work is marked by optimism: not in a blind, everything-is-wonderful sense, but in his ability to look for art in places where people assume it couldn’t be found. Again, that connects him with humanism. One of the most interesting examples would be The Uses of Literacy, in which Deller asked fans of the Manic Street Preachers to make paintings, collages or drawings expressing their love for the band. He also seems to have a strong connection with working-class culture: in his 2001 film The Battle of Orgreave, he reconstructed the famous miners’ strike of 1984. I can see another link with humanism here: our history is firmly rooted in working-class cooperative movements, which became secular alternatives to churches.

Deller is a facilitator, a curator, more than an artist in the traditional sense. Some of his works feel a bit out of place in a gallery – like the meticulous reconstruction of Valerie’s, a snack bar in Bury. But it becomes a place for exhibition visitors to meet: you can sit down, have a cup of tea, and get chatting to strangers. It’s another way for Deller to make his point about the interconnectedness of people. Even as he does this, however, he is never didactic – and neither, as humanists, are we. Like Deller, we invite people to make their own interpretations of life, rather than telling them what it means. 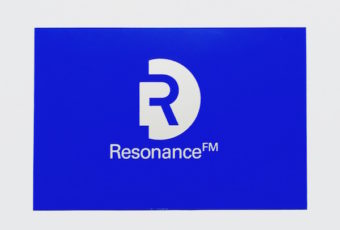 Resonance FM: LGBT rights, freeing our minds in confined spaces, and The Little Book of Humanism

This week, I was on Resonance FM’s Out in South London programme to discuss everything from why support for LGBT rights…