Tuesday’s announcement by the Scout Association of a new alternative Promise to allow the non-religious to join is not an isolated event. Coming so soon after Girlguiding UK introduced a similar change to their Promise and the Air Cadets to theirs, it’s starting to look like part of a trend – and a very welcome one for all who believe in inclusive social movements.

But at bottom this trend merely represents a common sense catching up with an increasingly clear demographic shift in modern Britain: most young people are not religious in any meaningful sense, and the decline in religiosity appears terminal.

The Census figures, however, as a consequence of the wording and placement of the relevant question, don’t really measure religious identity: what they really measure is cultural affiliation, which may be totally unrelated to practice, belief and belonging. The 2010 British Social Attitudes Survey, which is the most recent to analyse by age, finds that65% of 18-24 year olds do not belonging to any religion. The 2003 Citizenship Survey found46% of 11-15 year olds not having a religion, and a 2004 Department for Education report found 65% of 12-19-year-olds are not religious.

No wonder, then, that the Scouts, the Guides and the Air Cadets have identified that it is time to amend their membership oaths to allow non-religious participation. What else should change?

The only non-religious bodies now discriminating on any scale on religious grounds are – disgracefully – state schools. It is unbelievable that in this day and age, schools which are either 100% or virtually 100% state funded are able to turn away four year old children because their parents are of the ‘wrong’ religion or ‘no religion’.

It is doubly amazing that the proportion of such schools has been continuously increasing for at least the past 15 years – almost 1.2million school places are subject to such restrictions in admissions criteria. Add to this, the continuing legal requirement for all state schools to hold daily religious worship and the teaching by many state schools of denominational syllabuses of religious instruction, and there is sadly a long way to go before all the social and political institutions of our society match up to the inclusive action by the Scout Association of today. 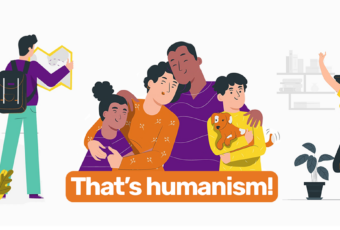 The humanist approach to happiness and meaning

For a humanist, there’s no one ‘meaning of life’. Meaning is not out there waiting to be discovered. It’s something… 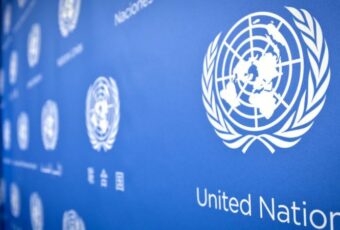 Today at the UN Human Rights Council, I made an intervention on behalf of Humanists UK calling for all resettlement programmes…