The current Coronation Street storyline has reignited the right to die debate and I had an article about it in today’s Western Daily Press:

From Tony Nicklinson to Hayley Cropper, the right to die debate is not going away, says Andrew Copson, Chief Executive of the British Humanist Association

In a few months’ time, the UK Supreme Court will give final judgement in the right-to-die case begun by the late Tony Nicklinson.

Continued after his death by his widow Jane, and supported by the British Humanist Association, the case is a landmark one. It aims to establish the right of an incurably suffering person to medical assistance in situations where they wish to end their life with dignity but are unable to do so themselves.

The debate that was reignited by Tony’s case and which his advocacy brought firmly into the nation’s newspapers is being carried into the homes of millions this week in another medium. The writers of Coronation Street are to be applauded for addressing the most pressing bioethical issue of our time with the sad end they have given to the life of Hayley Cropper. Diagnosed with terminal and inoperable cancer, Hayley will this week choose to take her own life, without the benefit of the medical assistance that she would have in more civilised countries.

Fictional though Hayley’s situation is, it reflects a reality that our politicians are ignoring with their continuing failure to update our law in this area. Cases like that of Hayley – incurably ill and destined to suffer a drawn out, painful and undignified end which she does not want – or that of Tony – incurably suffering, sustained by medical technology alone and wishing only to die with dignity – are increasingly common. With the continued advance of medicine’s power to keep us alive even beyond the point at which we find it desirable, they will only become more common. Many of us, as we watch the final moments of Hayley’s life this week, will be thinking of grandparents, parents, siblings, who are or might be in the same position, or thinking of ourselves, and how we may too one day be in it.

Up to 80 per cent of the British public already support the right to receive medical help to die with dignity. It’s a majority in favour of change greater than almost any other political issue and it’s not just humanists like the Nicklinsons or Hayley Cropper (whose humanist funeral will feature in Coronation Street next week) who support it: 71 per cent of religious people in this country do as well. This is no surprise when you consider the strong moral case that exists in favour of us, as a society, changing the law.

Firstly: a mentally competent adult should be afforded control over his or her own body. Only our thoughts are perhaps more personal and more wholly owned by us than our bodies and the right to bodily integrity and autonomy of each person is the most important guarantee we have of individual dignity.

Secondly: some people – through their condition – are unable to act on their own desires. This can create great suffering for them.

Thirdly: compassion should motivate us to alleviate suffering and we should be moved to help those who cannot help themselves. If a person is not capable of fulfilling their own legal desires and there are others willing to assist them in fulfilling their wishes, there is no obvious reason why the law should criminalise the helper.

Fourthly: the intentional ending of one’s own life is legal and, more than that, is an act that a rational and mentally competent person may well consider – in extreme circumstances – to be preferable to continued life.

Respect for the autonomy of a free individual, combined with the principle of compassion, undeniably indicates that society should provide assistance to those in positions like Tony or Hayley.

Dying is part of life – it is the last thing any of us is going to do and we are all going to do it. It should happen if possible with dignity and within our control and we have the means today to guarantee that to every person. That should include the facility for mentally competent men and women who have shown a settled determination to end their lives and who are facing a continuing existence of suffering or who are terminally ill to get the help they need. Scare-mongering has been allowed to persist exactly because we don’t think and talk about this issue enough. Hayley’s case should provoke us all to demand that politicians act now to address this issue. The continuing failure to act is a standing rebuke to our view of ourselves as a civilised and humane society. 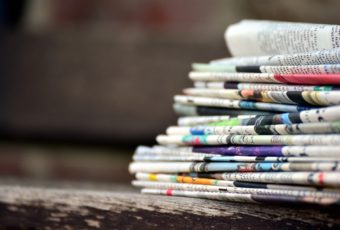