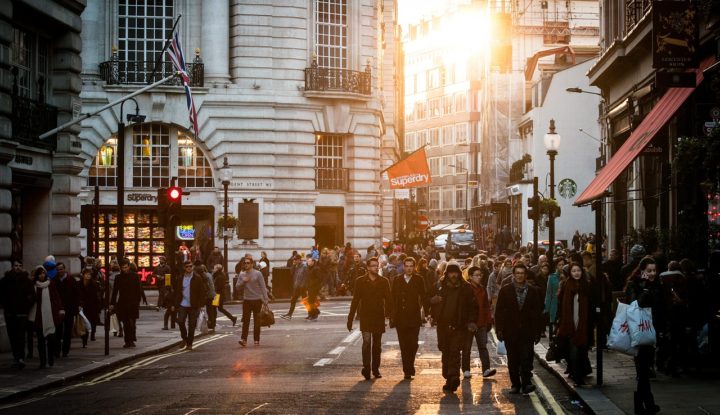 When people talk of growing ‘diversity’ in the context of religion or belief in Britain, they’re usually speaking in a sort of code. For many, recognising diversity is a byword for widening participation and representation among non-Christian religions and – most often – Muslims. All too often such initiatives and conversations overlook the biggest and most important shift in the religion or belief landscape of our country: the rise of the non-religious. And this has had a profound, stymying effect on the way we approach the shared project that is improving our society.

Monday’s report from the Commission on Religion and Belief in British Public Life is a watershed moment for recognition of the non-religious and the significant role that they play in the community. While the report gives due attention to the 8% of Britons of non-Christian religions and what their increase means for our public life, it is unique in giving fair recognition to the 50% of us in Britain who say we have no religion: the fastest growing group in this country.

Understanding this change is crucial to any government wanting to achieve peace in a plural society, ensuring freedom of thought, conscience, and freedom of religion or belief for all its citizens. Ignoring this huge social change is one of the factors that has meant that public policymaking around religion or belief until now has been piecemeal and haphazard. It has ignored the fact that between 1983 and the present, the number of Britons who identify themselves as having no religion has increased from 30% to 50%. It has ignored the fact that we have gone from a nation of churchgoers to one where 95% do not attend church on a weekly basis.

Such dramatic changes have unaccepted implications for all aspects of our public life: our civic institutions, our laws, our education system, our constitution. All the elements of our national life need to adapt not just to diversity in general but also very specifically to the increasing non-religious nature of Britons. Today’s report argues that the UK government should adopt a genuinely pluralistic approach that recognises the varied religious and non-religious ethical traditions which have shaped the country we live in today. Among its conclusions, it calls for a reduction in the number of bishops given automatic seats in the House of Lords; for an end to outdated practices like compulsory worship in schools; and for a new national approach to religious and non-religious worldviews in the school curricula of the UK. A new national settlement around religion and belief in Britain.

There are signs that some of these changes are already happening in the devolved administrations in Scotland and Wales. Scotland exists as an almost secular polity, with no religious representatives in its Parliament, where inclusive reflections opening its proceedings in place of the prayers of an established church. For ten years, humanists in Scotland have enjoyed equal marriage rights to their religious compatriots, something much envied by their neighbours in the rest of the UK. Wales seems set to follow in Scotland’s direction, adopting new progressive policies in healthcare and education, and recently announcing reform of its religious education in schools to be more plural and inclusive. England and Northern Ireland and the UK as a whole have a comparatively longer way to go.

Beyond the tangible matters of constitutions, education systems and government initiatives, today’s report calls for change in how we see ourselves as a national community. It calls, for example, for a new statement of our national ethical values in the tradition of Magna Carta and the Universal Declaration of Human Rights. Here too the Commission has recognized the importance of understanding the tremendous growth of the non-religious. Humanists have as many contributions to our national story to be acknowledged as any of the religions. Humanists, throughout the history of these islands and elsewhere, have been instrumental in shaping our laws, our culture, and our understanding of what it means to be a free citizen in an open and tolerant society.

The most recent head of our government to acknowledge this was probably Margaret Thatcher, who spoke in pivotal speeches about western culture as informed by the ancient Greeks as much as by Christianity. By contrast, the present political tendency to speak uncomplicatedly of the UK as ‘a Christian country’ is more like wishful longing for an age that never was.

Ceasing to look ever backwards in that way, coming to terms instead with a very different present reality, and planning for a more cohesive future society on the basis of that will take us all – religious and humanist alike – well out of our comfort zones. But it is an essential task. The strikingly diverse Commission that produced today’s report has taken that first step forward. Hopefully public authorities and governments across the UK will continue that journey.