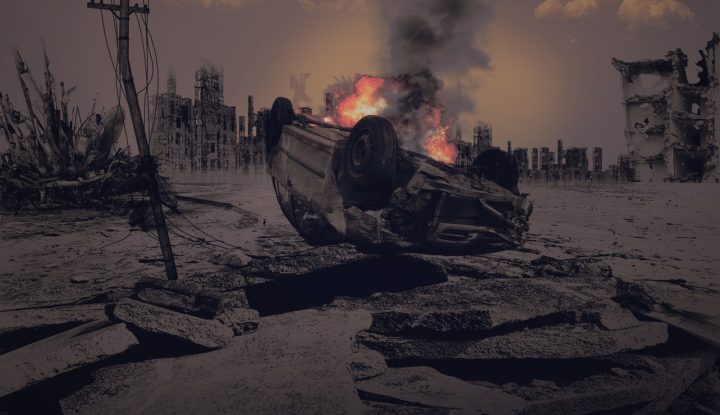 As a humanist I very much defend, uphold and rely on the human right to freedom of religion or belief. I do, however, want to offer a few words of caution as well.

The outgoing UN Special Rapporteur on Freedom of Religion or Belief, Heiner Bielefeldt, warned at the launch of the International Humanist and Ethical Union’s Freedom of Thought Report’s last year that ‘the term “freedom of religion or belief” was only a kind of shorthand. The full human right was ‘freedom of thought, conscience, religion or belief”‘.

He subsequently told the IHEU:

‘In all my reports (country-specific or thematic) I quote General Comment no. 22 which clarifies that article 18 of the ICCPR [International Covenant on Civil and Political Rights] protects theistic, non-theistic and atheistic beliefs as well as the right not to profess any religion or belief.’

And here we get onto what I consider a degenerate form of FORB. Bielefeldt said:

‘Formulations such as “religious freedom” obfuscate the scope of this human right which covers the identity-shaping, profound convictions and conviction-based practices of human beings broadly.’

I think this has particular relevance at the current time, when many countries are demographically secularizing, and debates about the demands that can be mandated by ‘religious freedom’ frequently make headline news. Indeed the United States is one of the countries where this contrast between FORB-as-human-right and ‘religious freedom’ as privilege is most stark. The constitutional protection of religious liberty in the US constitution is largely very clear and very close to the modern FORB-as-human-right. And yet ‘religious freedom’ is widely and mistakenly being used as an excuse to demand privileges, to deny services, or to discriminate (usually against women and sexual minorities, sometimes against children, against the non-religious, or along racial lines). A recent report by the US Commission on Civil Rights on ‘Peaceful Coexistence’ between nondiscrimination principles and civil liberties, recognised this degenerate version of FORB as the weaponization of ‘religious freedom’. I think it’s worth learning from the US, the western country where this bipolarization of FORB and its degenerate cousin ‘religious freedom’ as privilege is perhaps most profound. That report concludes:

‘The phrases “religious liberty” and “religious freedom” will stand for nothing except hypocrisy so long as they remain code words for discrimination, intolerance, racism, sexism, homophobia, Islamophobia, Christian supremacy or any form of intolerance… Religious liberty was never intended to give one religion dominion over other religions, or a veto power over the civil rights and civil liberties of others. However, today, as in the past, religion is being used as both a weapon and a shield by those seeking to deny others equality.’

I do not ask for agreement on every debate around the domain of “freedom of religion or belief”, but I do hope there is a recognition of the existence of a degenerate form of FORB, which fails to uphold non-discrimination and fails to respect the rights of others.

I think this delineation of FORB and “religious freedom” as privilege also has relevance to the topic of radicalization and terrorism. One of the reasons that people sometimes object to FORB is that, on a naive reading, it implies that would be terrorists must be allowed to radicalize from every platform, or that every extremist should be able to inflect their values on the people around them. That mistaken reading of FORB seems, to me, to stem from the very same root as the “religious freedom” as privilege form which demands the right to exclude gay people or deny access to family planning or to demand legal exemptions, and so on. If FORB is properly understood, as an individual human right as conceived under the international human rights framework, including the guidance on where the right to manifest religion or belief should be limited, then the objection to FORB that outright hateful and violent manifestations must be protected falls away.

I believe we should all then, encourage our national governments to recognise the degenerate form of “religious freedom” that demands privileges and inflicts discrimination, and to disown it; and instead to uphold FORB – more properly: the freedom of thought, conscience, religion or belief – as one human right, which can be consistently upheld for all