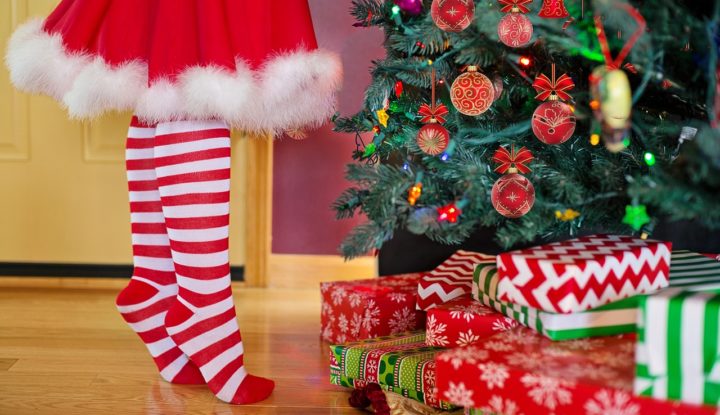 New data from YouGov published this month has revealed that 78% of people do not think ‘celebrating the birthday of Jesus Christ’ is an important part of Christmas. It came eleventh on a list of twelve things that people say is important about their Christmas. The only option in the list that was less popular was ‘attending a religious service’.

What might be more surprising is that, in a country where most people now are not religious, the research shows that a massive 91% of us do celebrate Christmas in some form. So if Christmas is no longer about Christ for most people, what is it about?
There were only three things that most people said were important about Christmas: spending time with family (76%), giving presents to friends and family (63%), eating Christmas food and drinking Christmas drinks (57%). (In a cheering display of generosity, more people said that giving presents was important to them, compared to receiving them, at 39%.)

What people are celebrating in just under a week’s time is not the birth of a supernatural saviour, but more earthly, human things.

Although the name we currently use for this midwinter time of cheer and feasting obviously has a Christian association, the tradition of celebration itself began long before Christianity. The festival we now call Christmas was directly preceded by pagan winter festivals such as Saturnalia and Yule, and many of the most popular aspects of modern Christmas, such as Christmas trees, Christmas decorations, Mistletoe, and Santa Claus, originate from these pre-Christian traditions.

It’s all too easy to forget that festival like Christmas can still fill a human need even if it has no supernatural purpose or meaning to it. What Christmas and every other such festival celebrated at this time of year have in common is winter, and its blustery nights that start early and last long into the chill of morning. Defying the cold and the dark – with music, cheer, food, and lighting – is the only timeless purpose to our midwinter festivals. (Perhaps that’s why ‘Putting up Christmas lights’ and ‘being cosy indoors during the cold Christmas weather’ were chosen by almost half of people as being important to them about Christmas.)

Every human being so far has been born and has died on earth. This planet’s landscapes and its seasons define us and give shape to our lives. The departure of Christ from Christmas for most Brits and for growing numbers of people in other countries around the world should be a reminder of this. It’s the coming together of people in warmth and love at the coldest and darkest time of the year in the only life and home we will ever know. That’s the real reason for the season – and always has been.