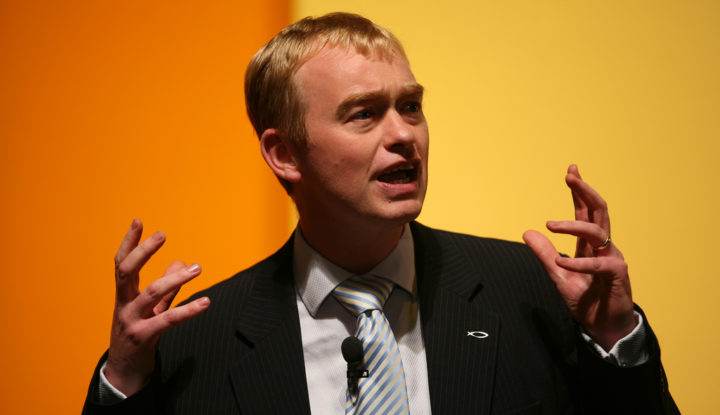 Politicians often resign after failing to win a general election. Tim Farron’s reason for resigning yesterday, spelled out in his statement, was a little more unusual. He said, “To be a political leader – especially of a progressive, liberal party in 2017 – and to live as a committed Christian, to hold faithfully to the Bible’s teaching, has felt impossible for me.” He goes on to explain, “…I seem to be the subject of suspicion because of what I believe and who my faith is in. In which case we are kidding ourselves if we think we yet live in a tolerant, liberal society.”

The charge laid by some – and Tim seems to invite this interpretation of his statement – is that he has been hounded out, driven out to the political wilderness by a secular witch hunt; his only crime that he held some Christian beliefs not perfectly compatible with modern liberal values. This just isn’t true.

His religious beliefs, and his right to hold them, have never really been central to the question of his legitimacy as a political leader. But there has been an issue of transparency on the part of Farron that has let him down since the conversation about his views on things like ‘gay sex’ began. The moral beliefs and values of the leader of a liberal party when it comes to the private lives of hundreds of thousands of people across the UK is not irrelevant to voters. Beliefs and values always tell us something about the way people behave and how they may act in the future. The electorate expect and deserve their representatives to be honest about their beliefs and values as a way of judging them.

Transparency and openness about his Christian beliefs, whatever they are or were, may have attracted suspicion from our mostly non-religious society; they may have endeared him to some other believers; and people would have had to square them with their own voting intentions – that’s democracy. The one thing Farron’s beliefs would not and did not attract is persecution on the grounds of religion.

The idea that Christians are being hounded from public life is nonsense. The Cabinet has a larger proportion of Christians sitting in it than it has for years. The House of Commons has a far greater proportion of Christians than the proportion of Christians in society generally. (In fact, twice as great. If any belief group is proportionally underrepresented in government it’s the non-religious.) And Christianity has never been higher on the agenda when it comes to the public profile of the Prime Minister; both Theresa May and David Cameron spoke freely on how their religion shaped their time in high office. Conversely, our non-religious MPs are rarely comfortable pinning their humanist colours to the mast, much preferring to steer well away from the topic of the religious beliefs they don’t have. Conservative MPs fear ‘coming out’ as atheist, likening it to the pressures felt by gay members to keep quiet about their sexuality. Criticism of religions by politicians today is almost taboo, quite different from the past when Clement Attlee called Christian theology ‘mumbo-jumbo’, Winston Churchill mocked it, and Pitt the Elder even wrote a whole pamphlet saying it was all superstition. The truth is that Christians in Parliament today have never had it so good.