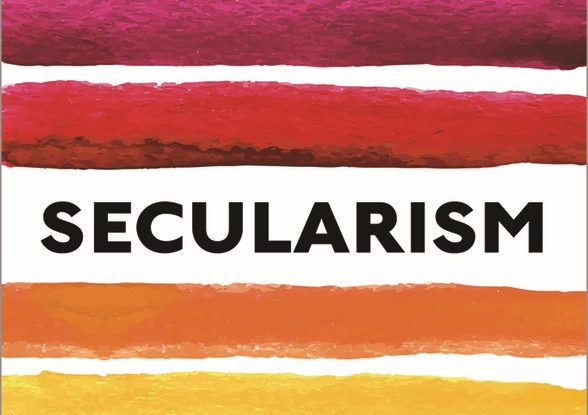 You can buy my new book on Secularism now.

Until the modern period the integration of church (or other religion) and state (or political life) had been taken for granted. The political order was always tied to an official religion in Christian Europe, pre-Christian Europe, and in the Arabic world. But from the eighteenth century onwards, some European states began to set up their political order on a different basis. Not religion, but the rule of law through non-religious values embedded in constitutions became the foundation of some states – a movement we now call secularism. In others, a de facto secularism emerged as political values and civil and criminal law altered their professed foundation from a shared religion to a non-religious basis.

Today secularism is an increasingly hot topic in public, political, and religious debate across the globe. It is embodied in the conflict between secular republics – from the US to India – and the challenges they face from resurgent religious identity politics; in the challenges faced by religious states like those of the Arab world from insurgent secularists; and in states like China where calls for freedom of belief are challenging a state imposed non-religious worldview. In this short introduction Andrew Copson tells the story of secularism, taking in momentous episodes in world history, such as the great transition of Europe from religious orthodoxy to pluralism, the global struggle for human rights and democracy, and the origins of modernity. He also considers the role of secularism when engaging with some of the most contentious political and legal issues of our time: ‘blasphemy’, ‘apostasy’, religious persecution, religious discrimination, religious schools, and freedom of belief and thought in a divided world.

“This is an exceptionally careful, fair-minded and positive introduction to the many meanings of a word often carelessly used. It will be an enormous help to all who want to understand better the current controversies about religious belief and modern society.” – Rowan Williams, former Archbish op of Canterbury

“Secularism is of growing importance all over the world, yet it is also an approach with deep roots reaching far back into our history. Andrew Copson elegantly explores this history as well as secularism’s importance today, showing how it evolved and how it is the key to de-escalating so many of the modern world’s points of conflict.” – Dan Snow

“Andrew Copson is one of the most thoughtful people in the world on secularism. We have never needed a sane, intelligent, persuasive guide to secularism more than now – so I’d say thank God for this excellent book, if that wasn’t too obviously ironic.” – Johann Hari

“A timely tour de force and indispensable analysis for anyone seeking to get to grips with the roots, philosophy, and current controversies surrounding secularism which are challenging our vexed world.” – Professor Francesca Klug, author of Magna Carta For All Humanity: Homing in on Human Rights The legacy of Charles Darwin

On 12 February we celebrate the birthday of Charles Darwin, one of the most influential thinkers who ever lived, and…