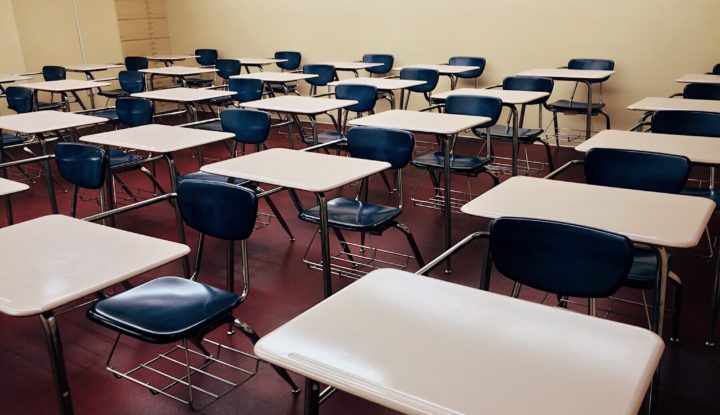 In September last year, Theresa May announced plans to remove the limits on religious selection at new and existing free schools, effectively ushering in a brand new era of religiously segregated schooling. Behind her was Nick Timothy, the chief architect of the proposal and her now-ex chief-of-staff.

The so-called ’50 per cent cap’, which for the last 10 years has required all new religious schools to keep at least half their places open to any local child, irrespective of religion, has been hugely successful on its own terms. It has massively boosted the access of local parents to local schools, and religious schools that have opened since the cap was introduced are significantly more diverse than schools that select all of their places on the basis of religion.

But despite this, Timothy has long been a vocal and dogmatic critic of the cap, arguing government should abolish the rule. His argument:

“It is effectively discriminatory for Roman Catholics: it prevents them from opening new free schools because it is almost certainly against canon law for a Catholic bishop to set up a school that turned away Catholic pupils on the basis of their Catholicism.

Given that there is growing demand for Roman Catholic schools, which are more likely to be ethnically diverse than other schools, more likely to be in poor areas, more likely to be rated ‘good’ or ‘outstanding’ by Ofsted, and more likely to provide what parents want, the rule should be replaced by a legal duty on faith schools to ensure that their pupils mix – perhaps through sport, performing arts, or school visits – with children of other backgrounds.”

Virtually none of this is true.

The cap is not ‘against canon law’, and though it was the Catholic Education Service, not Timothy, that first started peddling this untruth, the claim is so transparently false that he must at least be blamed for swallowing it so willingly. There are already Catholic state schools in England, for instance, that don’t select all of their places on the basis of religion. The vast majority of Catholic private schools in England and most state Catholic schools around the world don’t discriminate in this way. And the Catholic International Education Office has issued a statement emphasising that a Catholic school should be a “non-discriminatory school, open to all”.

And to his other assertions: no evidence has ever been presented for growing demand for Catholic schools. They are only ethnically diverse to the extent that there is some level of diversity within Catholicism. However, school census data shows they are just about the least inclusive type of school in terms of pupils from Asian backgrounds, and are by their own admission appalling when it comes to religious diversity, which is arguably more important.

Catholic schools are indeed more likely to be in poor areas, but are not more likely to admit poor pupils. In fact, they take proportionately fewer pupils from poorer backgrounds given the areas they are situated in than more or less any other kind of school in the country. And when a school is shunning poorer children in favour of those from more affluent, high-attaining families, as Sutton Trust data shows, it’s no wonder that they’re more likely to get a decent Ofsted grade.

Is there hope that with Timothy gone, the move to scrap the cap might itself be scrapped? Well, while government U-turns are a good deal less rare than they used to be, we shouldn’t be too hopeful. But we shouldn’t feel hopeless either: the cap has been incredibly successful in achieving its aims.

To throw away the progress it has made would be a great shame. Justine Greening has kept her role as education secretary, and there are indications that she is more committed to evidence over dogma than were her predecessors, and if that continues one can imagine her being uncomfortable with the consequences.

The question she must ask herself is this: does she want to be remembered as an education secretary or as the segregation secretary?

Will the Conservatives really remove the faith school 50% cap?