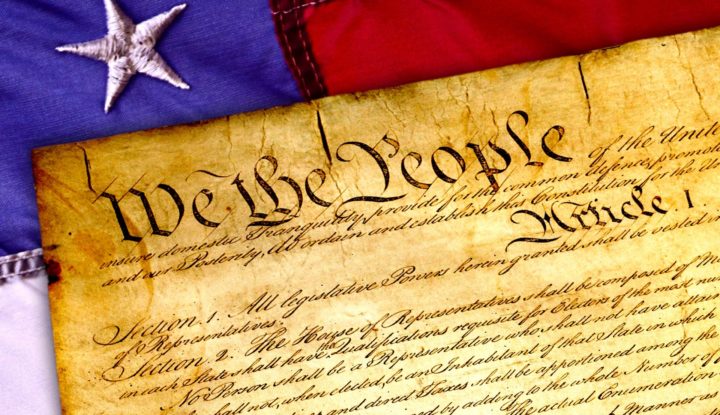 A slew of books and articles in recent months has dwelt at length on the near fatal challenges currently facing the key liberal political concepts of democracy, human rights and the rule of law—to mention just a few. But from Erdogan’s Turkey to Trump’s America, and from Modi’s India to Putin’s Russia, one political concept under threat is seldom discussed.

Although it is receiving less attention as it is eroded and undermined, the principle of secularism is under attack like never before.

Secularism is commonly represented as being the separation of religion and politics, but it is a richer and more nuanced idea than that. Definitions abound but most would agree with that given by contemporary French scholar of secularism, Jean Baubérot, who saw it as being made up of three parts: the separation of religious institutions from the institutions of the state, yes, but also the freedom of thought, conscience, and religion for all within the limits of public order and the rights of others, and the absence state discrimination against anyone on grounds of their religion or non-religious worldview. This secularism is not fully implemented in any place and never has been—but it is the ideal towards which secularists wish to move politics.

Such secularists include those responsible for some of the biggest political revolutions in history. People like Thomas Jefferson in the United States in the eighteenth century or Gandhi and Nehru in India in the twentieth saw secularism as the only way to maintain civil peace, justice, and freedom for citizens who had diverse beliefs and identities but who nonetheless had to be incorporated into a single political community. By not taking on a religious identity of its own, the nation state could be a community to which people would feel allegiance and belonging whatever their creed.

In America, this was secured by the First Amendment to the US constitution in 1791, which declared that the legislature could “make no law respecting an establishment of religion, or prohibiting the free exercise thereof.” It was to be a permanent legal guarantee of personal freedom and an impartial state. In 1949, the Indian constitution declared “LIBERTY of thought, expression, belief, faith and worship, [and] EQUALITY of status and of opportunity” as among the aims of the state, adding that “subject to public order, morality and health… all persons are equally entitled to freedom of conscience and the right freely to profess, practise and propagate religion.”

How different are the twenty-first century successors of these statesmen. In India, the present ruling party, the BJP, is inspired by the ideology that motivated not Gandhi but Gandhi’s own assassin: the building of a Hindu Rashtra—a political order based on Hinduism. The ascendancy of this ethnic nationalism has seen persecution of Muslims, humanists, Sikhs and other non-Hindus escalate with impunity, even up to murder. Political speeches soaked in Hindu supremacism are preached out by everyone from Prime Minister Modi downwards.

In the US, recent pronouncements of the 45th President, such as “In America we believe in God”—and we know which God he means—jar with the noble sentiments of the First Amendment. Beyond Trump’s rhetoric, the campaign that bore him to office has profound anti-secularist intentions” Steve Bannon may have left the White House but his desire to restore America’s ‘Judeo-Christian’ character is at one with the administration’s. (In any case, in the centuries following the generation of the founders there was never an openly non-religious President.)

There is a similar retreat in other states that have historically aspired to secularism, both in principle and in practice. In Turkey, the religious party of President Erdogan is just finishing up the job. Last year, the Speaker of the Turkish Parliament declared it was wrong that God was not mentioned in the current constitution and that, “We are a Muslim country and so we should have a religious constitution… Secularism would not have a place in a new constitution.” In the Arab world, where democratic secularism was once seen as the alternative to dictatorships, that aspirational alternative is today far more likely to be the ideal of an Islamic state, of which ISIS is but the most extreme example.

So, secularism—just like almost every other liberal political concept—is under attack wherever the forces of ethnic nationalism, religious extremism, and totalitarian politics are on the march or in power. But secularism’s position is even more precarious than that of democracy or the rule of law or human rights. Not only is it assaulted from the right flank, it is also attacked from the left. In the West, where many liberals often feel a sort of guilt at the past treatment of African and Asian societies by their nation states, insecurity has developed in relation to secularism and an unwillingness to defend it as a truly universal settlement capable of treating all citizens fairly.

“Is it too much associated with the humanist enlightenment values of Europe, or with a sort of secularised Christianity, to offer true impartiality?”, some ask. Liberal academics like the sociologist Craig Calhoun suggest that it is, adding fuel to the idea that secularism itself is discriminatory. Burka or burkini bans in France are invoked to make the same case in left-leaning media like the Guardian.

Perhaps secularism may need some adjustment—no political settlement is perfect—but the aspirations of the original secularists were bold and the practical and living legacy of their ideas is significant. Although it has experienced tensions and violence, India has held together a nation of over a billion diverse believers in relative democracy and relative peace. Secularism has greatly assisted that unlikely success. American political life may not be in practice a welcoming environment for many non-Christians, but the courts and constitution have ensured a level of freedom of opinion and creed that is almost unparalleled.

Just as we should care about the current undermining around the globe of other achievements of modernity, from human rights to liberal democracy, we should care about the assault on secularism. If we neglect to defend it then we risk a return to the costly and enervating wars of religion which drenched the soil of Europe and of India with blood for so long, and which first made secularism a necessity.

This article originally appeared in Prospect magazine. You can read the original article here.