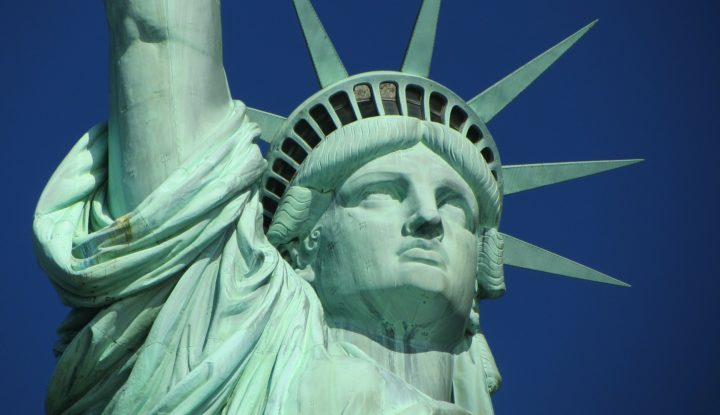 Secularism is under threat.

From Turkey to the US, India to Russia, parts of Europe and the Middle East, secularism is being attacked from all sides: from the left, from the right, by liberal multiculturalists and illiberal totalitarians, abused by racists and xenophobes as a stick with which to beat minorities in diverse societies, subverted by religious fundamentalists planning its destruction.

But perhaps the biggest enemy of secularism today is ignorance. Although secularism has been of fundamental importance in shaping the modern world, it is not as well-known a concept as capitalism or social welfare or democracy. You won’t find it commonly studied in schools or even at universities. In these days, when all the implicit assumptions of modernity are under strain, this is a dangerous situation. Reasonable debates about secularism on the basis of a shared understanding of it, what it means, and where it came from, are in short supply.

Secularism is the idea that state institutions should be separate from religious ones, that freedom of belief and thought and practice should be an automatic right for all (unless it interferes with the rights of others), and that the state should not discriminate against people on grounds of their religious or nonreligious worldview. Although it is often seen as a modern and western idea, it is a global phenomenon with roots in the past. Secularism was first brought into law in eighteenth century France and America. In the West it has intellectual origins from varying sources; in pre-Christian European examples of government separated from religion in practice, in Christian political philosophy, and in post-Christian ideas about deriving government from the consent of the governed rather than from gods. Secularism also has roots in Asia, where Hindu, Buddhist, and Muslim thought all produced justifications for governments to treat the governed fairly regardless of religion. Classical Indian philosophy produced ideas of statecraft that owed nothing to religion at all, and colonial encounters produced new versions of secularism.

Today secularism is a feature on paper, at least for countries like India, the US, France, and Turkey. All the states that have adopted a secular system have done it in their own way, according to the nature of their own particular society and their religious, cultural, and political history. Even so, the arguments made for secularism in almost all times and places have been similar. It has advanced as the system best able to secure freedom and justice and fairness. It is promoted as the best system to avoid sectarian conflict and strengthen peace. It is cast as a pathway to modernity. Even in societies which are not secular on paper, these assumptions have often prevailed in practice, with government in liberal democracies increasingly relying on a de facto secularism in the conduct of government, which makes no laws on religious arguments alone and expects fair treatment of citizens regardless of their creed. This is even sometimes true of countries with very strongly established churches, like England and Denmark.

But just like secularism itself, the attacks on it are a global phenomenon and they also have deep historical roots.

The oldest and most obvious alternative to secularism is government based on divine laws. If you believe your religion is true and your religion is one of the monotheistic ones that make exclusive truth claims, you can easily think that your state should be entirely based on your religion alone. Such ‘nations under God’ are at odds with all three aspects of secularism. Firstly, there is no question of the separation of religious institutions from state institutions: they are one and the same. Secondly, freedom of conscience for non-adherents of the state’s religion, if it is provided at all, is provided only insofar as the religion of the state concedes it. Thirdly, in place of equal treatment, the state favours its own religion in its dealings with society. Full on theocracy is long dead in the West and in the mid-twentieth century it seemed to be dying out everywhere, as even the most religious societies on earth began paying at least lip-service to secularism. It seemed then that the politics of the future would be secular across the globe. The big shock to this assumption was the Islamist revolution in Iran in 1979, which overturned what had been seen as an emerging exemplar of secularism.

Optimistic secularists in the late twentieth century viewed Iran as no more than a blip. Yet the strain that the secularism of states in Asia, such as Bangladesh, has come under more recently offer a mounting challenge to the idea that it can provide a successful political order everywhere. In Turkey, the religious political party of President Erdogan is rolling back the frayed remains of laiklik (Turkish for secularism) as fast as it can. In India, the Hindu nationalist movement of Prime Minister Modi alienates non-Hindu citizens and tacitly condones persecution of them. In the US, the ethnic nationalists that froth around the Trump administration seek to reinvent the US as a ‘Judeo-Christian’ state. In Russia and many countries of Eastern Europe, illiberal governments are breathing new life into the old alliance of autocracy and the Orthodox Church as they laud priests and patriarchs with honours and ply them with public funds. In the Arab world, the people’s desirable alternative to dictatorship is too often now seen as an Islamic state rather than a secular democracy.

Perhaps the most beguiling critics of secularism are the relativistic Westerners who now suggest that it might all along have been a parochial Christian and European imposition on the world, destined to fail. It wasn’t, and it probably won’t, but it does face enormous challenges. We will only be able to understand the shape and nature of these challenges if we learn again to see secularism not just as some implicit fact of modernity, but as a concept worthy of study in its own right and on university syllabuses and post graduate research topics.

After all, the foundations of freedom in the world today — freedom of speech, freedom of thought — are built upon secularist principles.