It has long been the case that any and all criticism of faith schools in England is portrayed by some within religious communities as criticism of faith itself. Or, to use the language of Chaya Spitz, the chief executive of the Charedi Jewish organisation the Interlink Foundation, writing in Tes this week, as an “offensive on religious freedom”. This is not the case.

It is true that Ofsted’s scrutiny of faith schools, both private and state-funded, has increased in recent years. And it is true that this increased scrutiny has resulted in less than favourable inspection outcomes for many religious schools, particularly in the private sector. Far from signalling “the end of religious tolerance”, as Ms Spitz puts it, this scrutiny represents a long overdue and positive departure from the historic deference shown to religion in the education system, even when it rides roughshod over the fundamental rights of children.

This deference has run deep: private schools in England are free to be inspected not by Ofsted but by an inspectorate of their choosing. In fact, about half of English private schools are inspected in this way. One such independent inspectorate is the School Inspection Service (SIS). Founded by the Focus Learning Trust, whose schools teach in line with the views of the Christian fundamentalist sect the Exclusive Brethren, the SIS inspects Focus Learning Trust schools. This situation may represent the apogee of religious freedom for some, but to most of us it is a conflict of interest that only excessive deference to religion over and above the safety, wellbeing and basic education of children can explain.

Ms Spitz uses the example of the sudden shift in the Ofsted inspection outcomes of Charedi private schools in Hackney as evidence of a “state-led offensive on religious freedom”, inspired by a new insistence on “British values”. This is not the case – the problems now being addressed in Hackney are particular to the borough and not national – and they are longstanding. In 2015, Humanists UK published an exposé revealing that for eight years, two Ofsted inspectors from the strictly Orthodox Charedi Jewish community had consistently given favourable reports to the Charedi schools they were inspecting, predominantly in Hackney, leading to doubts over their impartiality and independence. The two Charedi inspectors, who had on average been grading schools 2.4 points higher on Ofsted’s four-point scale than all other inspectors, were subsequently dropped by Ofsted. Since then, almost every school involved has been reinspected, and every one has been found to be failing to meet the independent school standards.

It has become common practice among some faith school apologists to dismiss Ofsted’s criticisms as secular bigotry. Ms Spitz, for instance, bemoans Ofsted’s insistence that schools promote understanding of LGBT people and those of other religions. But this encouragement of understanding is vital to children’s welfare, as well as their intellectual and social development. Stonewall’s School Report 2017 found that LGBT pupils in faith schools were less likely to say that staff challenged homophobic and transphobic language when they heard it, and that religious LGBT pupils were more likely to have tried to take their own life.

The many failings of the faith schools that Ofsted identified are not to be brushed off lightly behind a smokescreen of the religious freedom of their parents. In one of the Charedi schools in Hackney, inspectors reported that no English teaching was provided beyond key stage 3. In another, the school was failing to actively promote principles “which further tolerance and harmony between different cultural traditions by enabling pupils to acquire an appreciation of and respect for their own and other cultures”.

Irrespective of one’s religious beliefs, or indeed of one’s perspective on the existence of faith schools per se, schools that provide such limited and limiting education should not be allowed to operate.

For too long the state’s education authorities sat idly by while the fundamental rights of children, to grow up in environments that foster tolerance for diversity and provide even the most basic education, were sacrificed on the false altars of “religious freedom” and “parental choice”. If that is beginning to change, as many of us hope it is, then that can only be a good thing. How healthy can an education system be if it champions the vested interests of religion over the better interests of children? 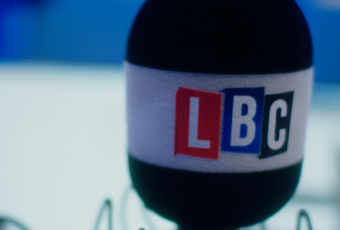