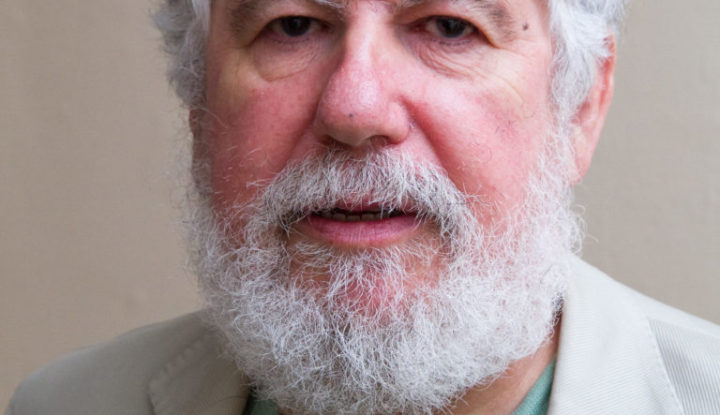 Yesterday was the funeral of Josh Kutchinsky, humanist campaigner and ambassador, and a chance to remember a colleague, friend, and loved-one who will be sorely missed. But yesterday was not reserved solely for feelings of sadness and loss; it was also a time to reflect on a life so well lived and to think of our gratitude for having known such a kind, warm-hearted man.

It was an honour to speak at the funeral service, and this is what I said:

Josh was a kind, big-hearted, good-humoured man and my life and the lives of everyone who knew him in the humanist movement are immeasurably richer and happier and fuller of good memories than they would have been without him. I searched through my inbox when thinking about today – these online echos now are one of the most tangible things that people leave behind – and I was just overwhelmed by the positivity of his messages over the last decade to those of us working in humanist organisations ‘You’re brilliant.’ ‘What you do is so important.’ ‘Well done on the conference.’ ‘The event.’ ‘The media coverage.’ ‘The report.’ ‘You’re my favourite people.’ ‘What inspiring work you do.’ On and on, an unceasing flow of support and love.

I have no photograph of Josh from any humanist meeting or event where he is not smiling. Bertrand Russell, a favourite humanist of Josh’s and mine said, ‘The secret of happiness is this: let your interests be as wide as possible and let your reactions to the things and persons who interest you be as far as possible friendly rather than hostile.’ Of course no one is happy all the time but Josh was happier than most and if we believe Bertrand Russell we can see why. Josh’s interests were broad and his reactions were friendly. He was the epitome of Bertrand Russell’s humanist.

Josh was on the Board of the BHA, as it then was, when I became Chief Executive, but I already knew him as a colleague in work on local humanist groups and on Religious Education. Tributes on social media from many in the world of education highlighted Josh’s great reputation in that field. Mark Chater, the former government adviser on Religious Education, said that he was ‘full of philosophical depth and self-deprecating humour… He leaves a great gap in his immediate circle and in the world of RE and education.’ Alan Brine, the former National RE Adviser to Ofsted, described Josh as ‘a wonderful man’ who will be ‘sadly missed’.

I also knew Josh as a BHA representative to the International Humanist and Ethical Union. He was a veteran of the IHEU by the time I became President of IHEU and I found his insight invaluable.

His kindness had been spoken of at length and I saw it on display working with him. As well as everything else he privately and anonymously funded humanist students to the UK convention and delegates from poorer countries to IHEU events and in their work. But his kindness wasn’t the only attribute of his that I saw on display in his roles at the very top of the BHA and IHEU.

He had a simple reason which could cut through the complications of a matter and reduce it to its core. In that sense, though he didn’t think of himself as a strategic person, he was a strategist of solid value. This showed itself in the board of BHA. He was intelligent, acute, and had not just a generous heart but a penetrating mind. The then chair Robert Ashby in tribute has cited his ‘valuable and carefully considered contributions at all times’. The minutes of the meetings and my own experience all stand as testimony to his broad interests – he asked questions and made points on everything from ceremonies, to education, to our international work, to policy, staff welfare, and good governance.

Unfailingly courteous and constructive, he had the solidity and resilience that comes not just from a commitment to work and a cause but from a real personal hinterland; he had love in his life, friends, and the inner richness of his own creative endeavours in poetry of course – I still keep the poem he sent to me ahead of the 2014 World Humanist Congress – and in other ways. This too is part of his contribution to humanism. Everyone has fond memories of him. Everyone will miss him. He didn’t just work in humanist organisations and activism; he lived humanist values. He modelled them and left for us all not just memories of love but a vivid example of how to be that will live in our minds and hearts. I will try to be more like him and will always remember his character.