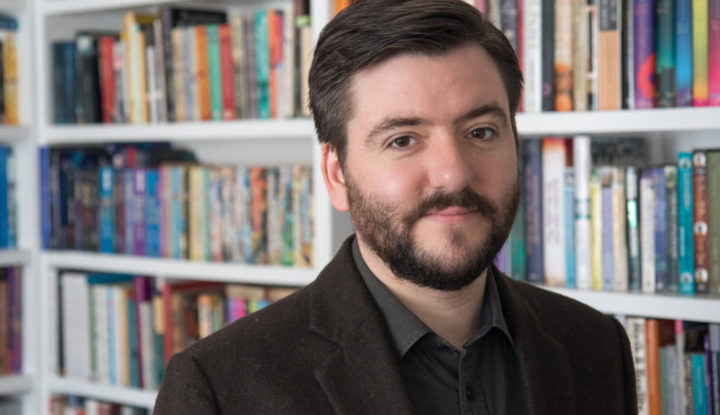 How would you describe the current moment for secularism?

Like all concepts that are foundational to the liberal political order internationally, secularism is under threat. That’s in the same way that human rights, the rule of law, even the idea of liberal democracy itself are under threat from a number of different forces: religious extremism, nationalistic populism, conservatism and so on. Secularism, unlike those other concepts, isn’t really defended much by anyone. Obviously democracy has its defenders, and human rights is a powerful banner for people to rally around. Secularism suffers because it’s both under attack and under-defended. I think that’s partly because it’s not really known about, thought about, or talked about. You don’t find it these days at all on the UK school politics curriculum and on very few university politics curricula, except maybe as a footnote to liberalism.

How well understood is the concept of secularism in Britain?

It’s really badly understood. The word still carries this anti-religious connotation from the 19th century. Although today the word is more usually used to denote a particular style of politics – ways of ordering nations or communities and their affairs – it still carries that connotation of trying to eradicate religion. Part of the reason it is so poorly understood is that there are so many different political arrangements going by the name of secularism in the world. It’s very hard to understand what Turkey has in common with France. And the word is often used in a very lazy way politically to describe Arab states that aren’t Islamic, for example. Added to this, it has never really been a very popular term in Britain or the US. America loves religious freedom and is in its political arrangements one of the most secular states in the world, but you don’t get many people celebrating secularism by name. They’ll celebrate religious liberty, and they’ll celebrate freedom, but they won’t often use the word secularism to denote it. So there’s a whole bundle of different reasons, but it’s certainly not a well understood concept in the English-speaking world.

Are there states which have good working secular models?

No state has a perfect secular model. It’s possible to doubt whether secularism is ever implementable in full. For the time being, we have some states that are more secular than others, rather than any totally and completely secular states. Probably the most secular state remains the USA – before you protest, remember that we are talking about the state here, not politics and society. It’s possible for a secular state to have very religious politicians or society or political culture, while the state remains indifferent and non-discriminatory. Now of course, the US state is not completely non-discriminatory – as I said, currently no state is completely secular – but I think the US is the most secular state in the world, followed relatively closely by France. Turkey is hardly a secular state at all. Even when it was in its heyday of secularism, it was far more about keeping religion out of state institutions than it was keeping the state out of religion. It has always had a very controlling attitude to religion. The majority denomination is regulated in really quite minute detail, with the state approving sermons for the mosque, training imams, and so on. So it’s never been a secular state in the truest sense.

France’s model gets debated a lot. What works and doesn’t work there?

France is often treated quite unfairly by non-French critics of its secularism. It is true that French secularism has often seen religion as the enemy. That is its historical origin – French secularism is definitely there to protect people from the overweening desires of the Catholic Church to control them and to control politics. So it makes sense that it still, to some extent, sees religion as something to protect citizens from. That attitude gains a greater spikiness when it comes to Islam and French Muslims. It certainly has some problems, but nonetheless some people treat it unfairly. For example, in the British media we heard a lot about burkini bans imposed by right-wing mayors in the south of France. What we didn’t hear was that the burkini bans were actually then overturned by judges in the name of secularism. So secularism operates to protect religious minorities in France to a much greater extent than people realise. Of course that’s not universally true – there is also the burka ban which is defended on secularist grounds by some. This could be judged by other secularists to be very unsecular, targeting as it does one particular group of people, in effect if not in law.

You talk in the book about secularism sometimes being used as a stick with which to beat minorities.

Absolutely, that does happen. For instance, those mayors in the south of France who tried for these burkini bans and who make life very difficult for French Muslims and generally non-white French people. They do sometimes invoke the name of secularism to try and create these difficulties. To be honest, they’re just as likely to invoke the name of French ethnicity or Catholicism and so on. But nonetheless yes, secularism is sometimes used in that way. One of the things that’s difficult is that not all European states are secular in law, even if many of them have a secular political ethos in practice. That creates a lot of confusion about expectations, both for religious minorities and for the state. The situation in France at least has a basic clarity about it: everyone knows the state is secular or supposed to be, and that everyone is meant to have freedom of conscious up to the point where it interferes with other people, and that everyone should have equal treatment on the basis of religion or belief. I think it is far more difficult for religious minorities in the UK, who are expected to conform to a secular political model that other groups don’t conform to because we are, after all, still a state with an established church.

You mentioned the forces threatening secularism – nationalist populism, religious extremism. Does secularism have the potential to counter those?

It certainly has that potential in theory, but in lots of parts of the world it now has too few adherents to make it a plausible alternative in practice. If you think about a country like India where there are rising ethnic and religious tensions – the rising tide of Hindu nationalism has played a big part in that, so obviously if the state were to try to return to a more secular position, there would be some de-escalation of tensions. In other parts of the world, I think the introduction of secularism would certainly improve lives. It’s hard to see how the life of an individual citizen in Saudi Arabia wouldn’t be improved by a secular state, in terms of personal freedom, personal choice, human dignity, social fairness, justice. If there were a more internationally secular order, then that would be helpful in attempting to defuse conflicts, or at least in emphasising the common ground that might exist beyond differences. Secularism can contribute to peace and the resolution of tension – but really the most important thing is its contribution to individual freedom and social justice.

Why do you think secularism’s adherents are limited?

That’s one thing about secularism not being recognised and celebrated as such. Famously, there is a lack of good words for secularism in Arabic, or words that don’t have negative connotations or associations with other regimes. And so to some extent it’s just that the pathway towards accepting secularism is closed off, not just by the religious and political authorities who want to keep people in the dark, but also by just people’s own lack of cultural resources in societies where people don’t grow up with ways of thinking about it. We don’t really have those ways of thinking in the UK either.

What does the future hold for secularism?

If there is such a thing as a global tendency in these matters, then it is moving away from secularism: more states have become less secular in the last decade than have become more secular. And the states that have become more secular are states like Sweden or Nepal, which weren’t exactly bastions of theocracy to begin with. So if we want to look at it in numerical terms, things aren’t going in the right direction at all for secularists. If we see a rise in political freedom in the Arab world, and continuing globalisation that spreads (broadly speaking) western liberal humanist values as it is at the moment, then the prospects for secularism are good.

If we see a continued growth in the number of governments willing to ignore universal human rights, internationalism, and resort instead to populist nationalism, then secularism is in trouble. Secularism is threatened not just by religious extremists, but also by conservatives and nationalists. Often when nationalists want to give their nation an identity, they look backward to the past and find religious identities. We see that in eastern and western Europe, where Christianity forms a big part of the nationalist proposition. In Russia, for instance, the revival of a nation the government is promoting is tied to a revival in the Russian Orthodox Church. That’s true pretty much everywhere – rising nationalism means rising religious affiliation, if not belief and practice. That’s a problem for secularism as well. If those aspects of the global environment continue to grow, rather than those more progressive aspects, then secularism may not do very well at all.

This interview was for New Humanist Magazine. You can read the original version here.