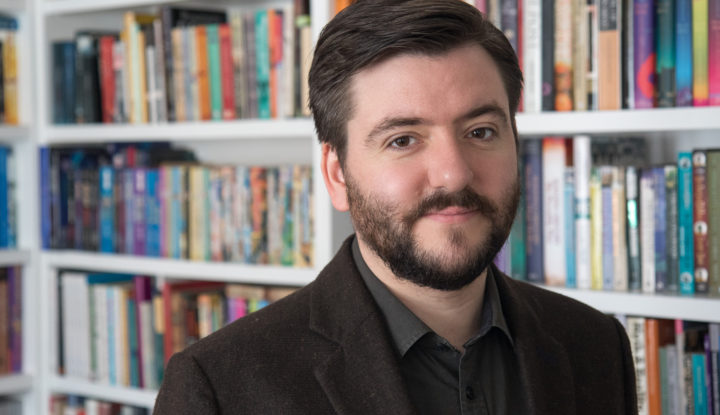 Scott Douglas Jacobsen: I wanted to talk about humanism: the hows and whys, the theoretical and practical, and so on. You are highly qualified to comment on it. So, I asked. You agreed.

So here we are, to begin, what is humanism properly defined in its most general sense?

Andrew Copson: In English since the mid-nineteenth century, when it first appeared as a word, ‘humanism’ has had two main meanings.

One is to refer to the cultural milieu of Renaissance europe (which we now more often call ‘Renaissance humanism’); the second is to refer to a non-religious approach to questions of value, meaning, and truth which emphasises the role of humanity in these areas of life rather than the role of any deity.

This ‘humanism’ is the one which has inspired the setting up of humanist organisations and the development, by humanist thinkers and activists, of the more fully worked out approach to life or worldview that we refer to with the word today.

Jacobsen: As you are based in the U.K., and you have leadership roles within the U.K. for humanism, how do you mobilize British humanists outside of a faith-based framework? My hunch is that the inspiring action in people is different in a system not based on faith.

Copson: I don’t know if it’s that different. Humanists, like anyone else, are motivated to action by their beliefs. Certainly humanist organisations and leaders don’t have the god-backed power to instruct their fellow believers to do this or that, but then that doesn’t work out terribly well for religious leaders either.

I think that leadership in a humanist context is about being clear in public forums about our values and beliefs and the living out and modelling them in practice too. If people agree with your reasoning and warm to your manner, they will consider doing as you suggest.

Jacobsen: Who do you consider the founder of humanistic values – an individual and society?

Copson: Throughout recorded history and around the world there have been humanists and this is not surprising as humanist beliefs and values can be arrived at anywhere by anyone with reason and empathy. There have probably always been such people.

The first people who expressed at least some humanist views that we know about and who left their thoughts for us in writing are people like Mengzi in China 2,300 years ago, followers of the Charvaka school in India 2,500 years ago, and thinkers of the Greek and Roman world of 2,500 to 1800 years ago.

It was in part the rediscovery and reception of these humanistic thinkers that kickstarted the humanistic trends that have transformed the world and made it modern.

Jacobsen: Who do you consider the founder of modern humanism as a fully fledged alternate, explicit life philosophy?

Copson: There is no doubt that the most obvious English speaking framer of humanism in the specific sense of a defined worldview rather than a general social and intellectual trend is one of my predecessors as Chief Executive of Humanists UK – Harold Blackham.

In the early twentieth century he enlisted great thinkers and reformers to give form to this ‘humanism’ both in the UK and internationally as the first Secretary General of the International Humanist and Ethical Union.

He was joined in this internationally by the Dutch thinker and activist Jaap van Praag, who I would also want to name in any humanist hall of founders.

Jacobsen: From the perspective of humanists, what are perennial threats to their free practice of belief and living out humanism?

Copson: The biggest threats to humanists have always been those of culture, tradition, and religion or ideology.

All of these forces, especially when allied to political or state power, restrict the scope for freethinking and the dynamic challenging of authority through our own reason, which is the hallmark of the humanist approach.

Racism, xenophobia, and nationalism, which all attempt to reduce the types of people entitled to our empathy and moral concern, are the second group of perennial threats to our lifestance.

Jacobsen: You represent the young and the old. If there is survey data, empirical information in other words, what are the general concerns of young humanists?

Copson: Survey data don’t seem to suggest that there are significant differences between older and younger humanists.

What they have in common is a preference for liberal and tolerant social policies. Younger people tend to be less reluctant to question and critique the beliefs of religious believers in their own cohort than older people were or are.

I think this is an extension of their greater commitment to tolerance but I also think it is something of a concern, as it is so important for every generation to be critically-minded to face the perennial threats that target human reason and empathy.

Jacobsen: Tied to the previous question, even without firm empirical data, what are, or at least seem to be, the issues for older cohorts of humanists?

Copson: Older humanists in the UK tend to be surprised that there are still issues around religion and politics in UK society. They grew up in a context where religion was fading from the public agenda and now – largely due to immigration – it is back on that agenda.

So older people tend to be very concerned that the liberal social gains that their have seen secured in their lifetime – around liberal education, the human rights of children, the secularisation of social policy – may be reversed and that the lives of their children and grandchildren will be worsened by this.

If I had to pick one policy issue that concerns them, I think it would be assisted dying. Older people have to deal with a very particular situation that few older people in the history of our species have faced.

Modern medicine has preserved their lives and health beyond imagination, but the new problem this raises is how to bring a dignified end to individual human existence when worthwhile life is over.

Older humanists don’t see why their freedom of choice and their human dignity should be compromised in the way that religious lobbies and opponents of choice have successfully kept it as being.