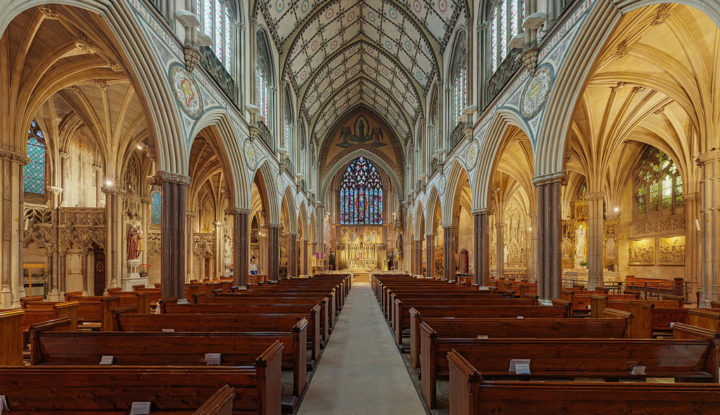 Most people aren’t religious – so why is the Church still granted a special role in public institutions?

Last Friday, the British Social Attitudes Survey, the most robust measure of religion and belief in the UK, released its figures for 2017. The results showed a continuance of two trends that we have seen over the past 35 years: the growth in the number of people describing themselves as belonging to no religion.

That figure now consistently stands above 50% of the population, alongside a decline in Christianity – especially among young adults.

What makes the 2017 results particularly stand out is the fact that belonging to the established churches in England and Scotland has not only sunk to an all time low but that they now represent a very small percentage of the population, 14% of adults across Britain and 18% of adults in Scotland, respectively, across all age groups.

These figures fall to 2% and 4% among those aged 18-24, a decline of more than a half in the past 15 years. Among those that do still say they belong to the Church of England or another Anglican church, the affiliation does not appear to be very strong. Only 21% self-described Anglicans say they attend church more than once a month, except for special occasions, with only one in four of those affiliated to the Church of Scotland doing the same.

These figures should strengthen calls for the removal of the great privileges afforded to these churches in our parliament, in schools, and in receipts from the public purse, when our society is now both religiously diverse and majority non-religious.

Surely, assemblies which are fully inclusive of all pupils, regardless of religion and belief, and which aim to broaden pupils’ knowledge base and encourage them to think critically, would be a more appropriate and beneficial use of a school’s time and resources.

More generally, these figures raise the question: on what basis can it be justified that a third of state-funded schools in England and Wales have a designated religious character, able to discriminate against both the teaching staff they employ and against the pupils they admit?

A quarter of all state schools are Church of England specifically, in spite of their only now having 2% of young people affiliating to them. In the past these institutions have put forward arguments in favour of themselves being exempt from our equality laws on the basis that they serve a substantial section of the UK population, and provide a religiously-based education and ethos that is reflective of the norms of British society. As these figures show neither of these arguments is the case anymore.

Equally, in a society where less than one in seven say they belong to the national church – and still fewer actually attend its services regularly – why should the Church of England have 26 seats automatically in our Parliament, with its bishops able to debate, vote, and propose legislation that affects all citizens?

This is not just a harmless legacy of a medieval constitution but a present example of discrimination, religious privilege and undemocratic politics. It is at odds with the aspiration for a more legitimate and representative parliament and with affirmation of a plural society. The question again arises – why should the beliefs of the Anglican Church be privileged over the very different views of the populous?

Ultimately, these figures must surely act as an urgent wake-up call for the need to have a renewed conversation about the place of religion or belief in British public life, so that a new settlement can be forged that is more equitable for all and is better able to serve future generations.

On Sunday the Commission on RE published its final report, in which it called for the subject to be renamed ‘Religion and Worldviews’, in order to better reflect the increasingly non-religious nature of society.

Let’s hope that this is a sign of things to come. It will need to be a tidal wave of policy change to match the new reality.