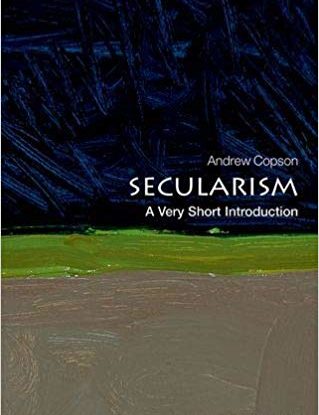 You can buy my new VSI book on Secularism now.

Until the modern period, the integration of church and state had been taken for granted. But from the 18th century onwards, some European states began to set up their political order on a different basis. The rule of law through non-religious values embedded in constitutions became the foundation of some states—a movement we now call secularism. Secularism: A Very Short Introduction tells the story of secularism and considers the role of secularism when engaging with some of the most contentious political and legal issues of our time: ‘blasphemy’, ‘apostasy’, religious persecution, religious discrimination, religious schools, and freedom of belief and freedom of thought in a divided world.

Andrew Copson … looks for genuine debate in Secularism … It is natural to review books on atheism and secularism together. The intersection of the two groups is large. But one of the chief benefits of reading Copson is that he enables us to think more deeply about how they diverge – Maximilian de Gaynesford (The Tablet)