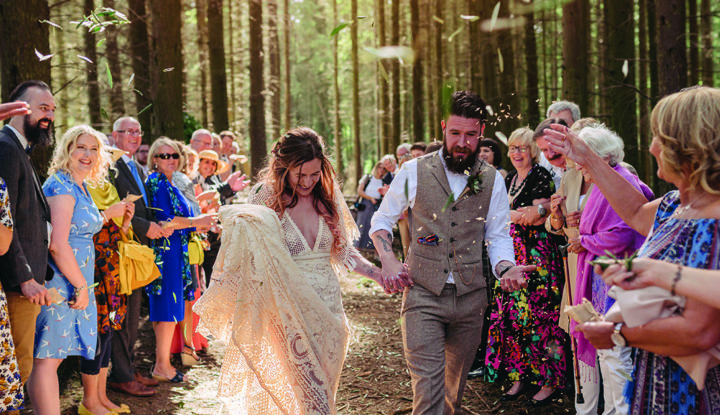 Humanist marriages are already legally recognised in Scotland, Northern Ireland, and Jersey – is it not time for England and Wales to finally follow suit?

Today the first reading of a private members’ bill proposing the legal recognition of humanist marriages in England and Wales will take place in the House of Lords – a milestone for a much needed piece of legislation.

The bill, proposed by Crossbench peer Baroness Meacher, would give legal recognition to humanist marriages within three months of passage. If sufficient support is given in the House of Lords and the bill is supported by an MP, a debate will then take place in the House of Commons with the possibility of it becoming law.

Across the UK, humanist marriages are already legally recognised in Scotland, Northern Ireland, and Jersey, as well as in neighbouring countries like the Republic of Ireland. One is right to question then, the Government’s inexplicable failure to change the law in England and Wales – where over 1,000 couples a year already have non-legal humanist wedding ceremonies. The Government has in fact had the law required to enact this change on the statue books for more than six years. 6,000 couples have been denied the marriage of their choice.

Humanist marriages, even in the context of non-religious ceremonies, are unique. They are deeply personal ceremonies, differing from civil weddings in that they are entirely hand crafted, reflect the humanist beliefs and values of the couple, and are conducted by a celebrant who shares those beliefs and values.

Not only do humanist ceremonies have widespread public support, statistics last year revealed that couples married in humanist ceremonies in Scotland, are almost four times less likely to divorce compared with all other types of marriages. For a Government that incentivises getting – and staying – married through the offering of tax breaks, it therefore seems counter-intuitive not to support a type of marriage that is statistically proven to have a lower divorce rate.

These arguments have of course been made before. In 2018, Conservative, Labour, Liberal Democrat, and Crossbench members of the House of Lords made a co-ordinated push for the legal recognition of humanist marriages in England and Wales. During the debate, members noted not only their popularity and the associated lower divorce rates, but the human rights implications of not enacting this change. In Northern Ireland, humanist marriages are legal because of a human rights case, brought by Laura Lacole with the support of Humanists UK. Members also highlighted the inconsistencies of having humanists participate in national Remembrance ceremonies across the UK, yet barring them from other established parts of British public life.

As today marks the beginning of another concerted push to allow humanist couples to finally have the right to have a legally recognised marriage, surely the time for the Government to act is now. At the moment, its current failure to bring England and Wales in line with the rest of the UK is doing nothing other than to prevent happiness and the improvement of individual lives and of society.