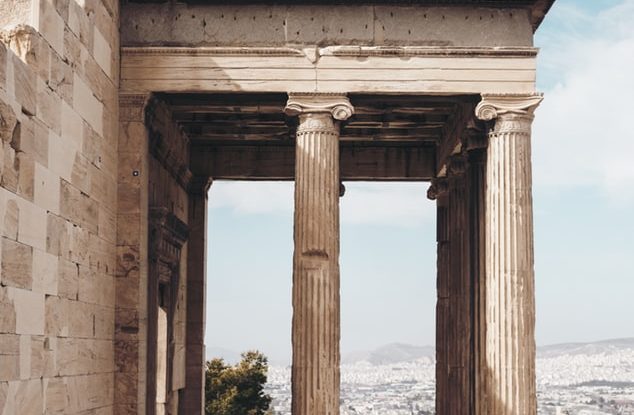 Last week, I published videos discussing ‘pre-modern’ humanists – from ancient China, India, Greece, and Rome. Here they are conveniently all in one place!

Of course, these are humanists from before the word ‘humanism’ was invented. But they are people who had humanist beliefs or values in large part and expressed them.They are the sort of people that Margaret Knight wrote about in her Humanist Anthology, Hector Hawton in his Humanist Revolution, and Harold Blackham in his The Human Tradition, when they set out to illustrate the perennial nature of the humanist approach to life.

Starting not where you might think in ancient Greece but further east… China, discussing Mencius (and here is a good Penguin Classics volume of Mencius for those of us who can’t read the original).

Here is a bit of Mencius that shows both his preference for naturalistic explanations and his humanistic view of our own nature: ‘All human beings have a constitution which suffers when it sees the suffering of others…If people catch sight suddenly of a child about to fall into a well, they will all experience a feeling of alarm and distress… Because we all have these feelings in ourselves, let us develop them, and the result will be like the blaze that is kindled from a small flame, or the spring in full spate that starts with a trickle. Let these feelings have a free rein, and they will be enough to give shelter and love to us all.’

For our next ancient humanist, we are going to Greece but we are staying in the c.6th/5th century BCE. This humanist is called Democritus.

Here is a modern picture of Democritus. He is known as the laughing philosopher either because of his ethical emphasis on being of good cheer, because he is a scoffing skeptic, or because he is amused by the folly of humans – take your pick! 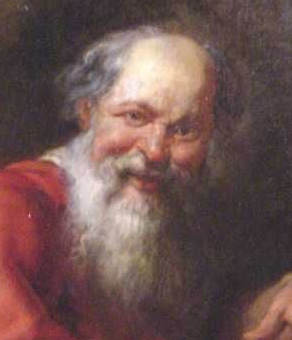 To India! 2,600 years ago… This time it’s not an individual but a school of thought: the Charvaka, also known as Lok?yata.

The 20th century Indian humanist and revolutionary M N Roy was an admirer of the Charvaka philosophy and he summed it up this way: ‘Morality is natural, a social convention… not a divine command. The purpose of life is to live; and the only wisdom is happiness.’

Back to Greece! But a century after our last visit and a bit down the coast, to a garden just outside Athens. This pre-modern humanist is Epicurus.

Fun fact: the philosophy of Epicurus grew so mainstream and became such a byword in ancient Europe for a common-sense humanism that ‘epikoros’ became a Hebrew word in the rabbinic literature to refer generically to a non-believer or heretic.

Our last ancient: a Roman, Cicero.