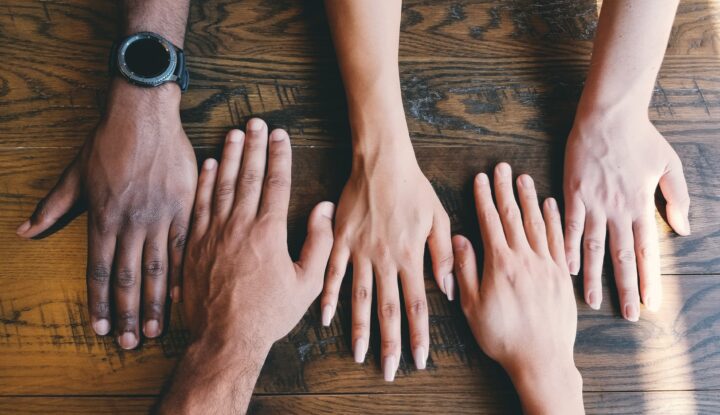 To coincide with the publication of The Little Book of Humanism, I wrote an opinion piece for politics.co.uk on why humanism is more relevant than ever.

The original article appeared on politics.co.uk on 27 August 2020.

In the past, people were more likely to turn to religion during times of crisis than look to other sources of guidance. But there has always been an alternative: the humanist approach. And in today’s UK, where most people are now not religious, that alternative is more relevant than ever.

Now, with the fragility of life so clear to us all, we’re all emerging from a crisis with a desire for a new social morality – one that recognises our interdependence in this world and provides guidance, comfort and inspiration even during times like these.

For the majority of Brits – more than 52% of whom identify as non-religious – this is the first time in living history that a crisis has been met without religion. In reaction to chaos, uncertainty and great loss, society faced the coronavirus pandemic with reason and science. It has rejected historical explanations involving deities and the supernatural, and condemned those that spread damaging conspiracy theories, fake news and quack cures.

Unimaginable human ingenuity in the organised enterprise of medical science is being expended to contain this virus, save lives and preserve civilisation. We are all seeing scientific developments unfold in real time, leading to a greater public understanding of how science works, including the importance of evidence as well as doubt over certainty.

These are not new concepts. For thousands of years, humanist thought from some of history’s greatest thinkers has provided the answers to help guide us through life: a simple and natural philosophy with reason and a belief in creating a better world at its core.

But the humanist approach doesn’t end solely with this belief in the importance of science. Humanists value commonality, interconnectedness and resilience – values that have shaped our response to this crisis. Though we have been physically distant, we have come together as a society to support one another – to volunteer, raise money and help those grieving their losses. The courage of key workers and those on the front line of our community has highlighted the selflessness, bravery and generosity of countless people who are supporting those suffering.

Whether you’re new to humanism, or you’re a humanist without even realising it, this is a philosophy and outlook that more and more people are discovering, from Frozen’s Kristen Bell to national treasure Stephen Fry. For many people in recent years the discovery has come at a humanist funeral – an increasingly popular way to celebrate the life of someone who has died. But there’s no reason why anyone should have to wait for a funeral to encounter an approach to life that may be their own. The Little Book of Humanism – a collection of stories, quotes, and illustrations from humanists, new and old – has been written with this in mind. A small, perfectly formed book from which readers can draw comfort, wisdom and inspiration.

There has always been another way to learn how to live well – the humanist way – and in today’s more secular world, it is more relevant than ever.