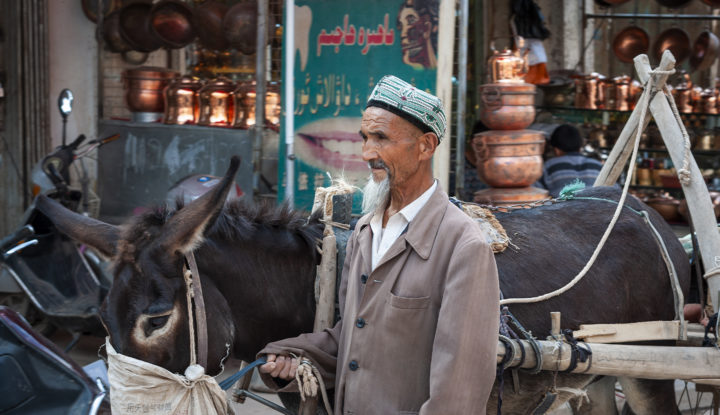 Last month at the United Nations Human Rights Council (UNHRC), I made an intervention on the plight of Uighur people in Xinjiang, China. Following reports of atrocious human rights abuses and the conclusion of a UNHRC working group that the mass detention of Uighur people amounts to enforced disappearances, I asked if such treatment met the legal definition of genocide.

It’s estimated that up to one million Uighur people – along with Christians and other dissident minorities – are currently interned in camps across the Xinjiang region. There have been reports of Uighurs being blindfolded, forced on to trains, imprisoned, shaved, denied the right to practice their religion, and subjected to forced abortions and sterilisations, among many more examples of abuses. Most inmates have never been charged with a crime, it is claimed, and do not receive legal representation. You can read more about the camps in detail here.

Despite incontrovertible evidence and international condemnation, China – led by The Communist Party of China – has strongly denied its on-going persecution of Uighur people. It insists that its ‘re-education camps’ offer ‘vocational training’ to those attending voluntarily in an attempt to ‘eliminate extremism’. It has denied the UNHRC working group on Enforced Disappearances a visit since 2013.

The severity of this situation cannot be overstated, nor the need for the international community to willingly defend universal human rights for everyone. In August, I signed a joint statement with over 75 religious leaders ‘calling for action to stop ‘one of the most egregious human tragedies since the Holocaust’. Though countries like the US have begun to announce import restrictions on products coming in and out of the region, there is still much more work to be done by parliamentarians, governments, and jurists in making sure these crimes are investigated and those responsible held to account. In the UK, MPs this summer called for Chinese officials responsible for the oppression of Muslim Uighurs to be added to a newly announced sanctions regime that allows the Government to target individuals and entities – rather than states – that violate human rights around the world (so-called ‘Magnitsky-style’ sanctions). Despite immense pressure from MPs and the sanctioning of 49 individuals and organisations across the world, those responsible for the atrocities in Xinjiang were omitted from the list.

With daily stories now emerging on the atrocities faced by those imprisoned in the camps, continued silence over Xinjiang is not an option. By reiterating the links between the abuses of the Second World War and the Holocaust, and the systematic and brutal oppression of Uighurs in Xinjiang, I hope to remind parliamentarians, governments, and jurists of the commitment once made to never again allow the mass internment of, or attempts to eradicate a group of people on the basis of their ethnicity or religion.

As humanists, we stand up steadfastly for freedom of religion or belief worldwide, and should encourage all international efforts to hold this brutally repressive regime to account.