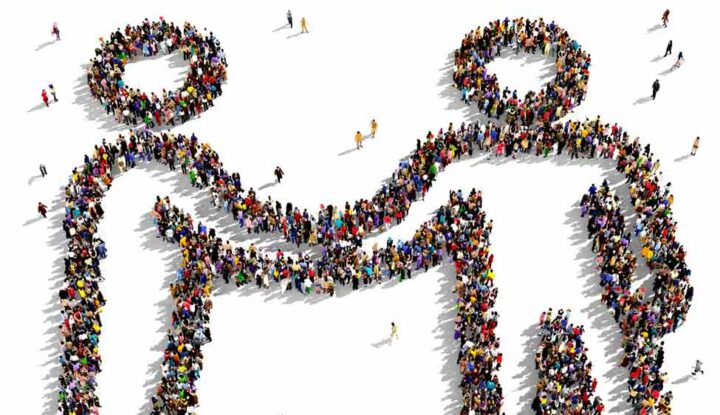 It was when I was serving as a director of the Religious Education Council of England and Wales that I first heard a bad word said about tolerance. A university lecturer was explaining how he opposed the idea that tolerance should be an aim in learning about different beliefs. Instead, he said, such teaching should lead to respect. Tolerance was too thin and mean. Respect was a loftier goal. This brought me up short as I had always thought that tolerance was about respect. Tolerance is saying ‘Although I disagree with you or don’t like the things you say and do, I recognise you’re a human being with dignity and rights and so I can’t coerce you to be like me. I will give you the same right to make your choices that I expect for myself.’

I don’t know why it was that I was so attracted to tolerance as a concept, whether personal experience or intellectual commitment. It might be because as a student of British history I saw how it was the idea of tolerance that had led to our present (relative) freedom. The modern history of England is of rich, white, Anglican (or willing to pretend to be), straight (or willing to pretend to be) men slowly giving up their monopoly on power. Sometimes high-mindedly, sometimes begrudgingly, sometimes in spite of themselves. Is this how we might want it to have been? Possibly not. We might have preferred the marginalised and oppressed to have stormed palaces and churches, overturned the whole system, and started again. Instead, slowly, tolerance became a value. But it might be because I grew up gay – a member of a minority that can never hope to be a majority. In those circumstances, I tended to compare the situation of being tolerated with the possible alternative of not being tolerated, rather than the possible alternative of everyone being persuaded to come round to my ways.

Anyway, that meeting fifteen years ago was only the first time I had heard tolerance disparaged by anyone other than a bigot (because this man was not a bigot, even though he found it hard to tolerate the tolerators). Since then I have heard the same message increasingly amplified – and from some surprising quarters. The old, reactionary, enemies of tolerance are still around, trying to enforce their values through the state, through religions, and through pressure to conform – they think tolerance is too good for those who aren’t like them. But they have now been joined by people who are against tolerance because they think it isn’t good enough.

I understand some people don’t like the word because it sounds begrudging but I think that’s a shame because tolerance is an essential part of liberalism and I think liberalism is the best chance we have of living together in peace. Tolerance is how we maintain peace and fairness in a diverse society without coercing people into ‘right opinions’. The concept of tolerance has meant that people opposed to my beliefs and the way I live can support my rights without having to agree with me that my beliefs and life are good – and that’s vital in an open society where we will never all agree, and where in fact diversity of opinions should generally be encouraged.