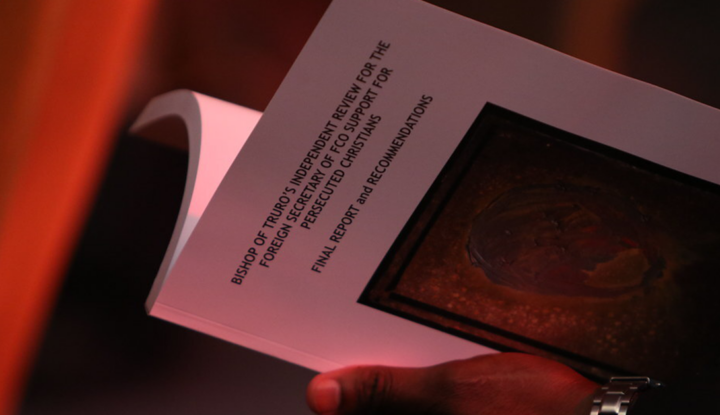 Earlier in the month, I took part in a panel discussion marking two years since the Truro Review was published. The report, which was commissioned by the Foreign Office and carried out by the Bishop of Truro, examined the persecution of Christians globally. Though I was sceptical of the review at the time, it has been fantastic to see how its recommendations have supported Humanists International’s research into the persecution of humanists around the world.

When the review was announced in 2020, I was more than sceptical, in fact, I was opposed to it. Like many in the human rights world of FoRB (Freedom of Religion or Belief), I thought it misguided for a government to review these matters in relation to a single religion. At the time, three leading UK experts on Freedom of Religion or Belief (FoRB) wrote a letter to The Telegraph in this vein and they were right: the decision to have a review into Christians alone was political, and looked political, and it did harm.

And that’s because this matters in FoRB. because it is such a highly charged field. We must retain at all times the universal and indivisible nature of the human right to freedom of thought, conscience, and religion or belief. And governments especially should do that. Any signal that seems to indicate that ‘we’ are trying to protect ‘our’ people from ‘them’ is red meat to religious and atheist totalitarians around the world who take it as justification for them to do likewise within their own borders. That was the signal many feared would be given by that review. It also seemed to link the UK FoRB agenda too closely to the religious freedom agenda of the US administration, which, two years ago especially, was very much associated with nationalists using FoRB arguments as a weapon against minorities of various kinds, rather than to advance a human right. I was also sceptical because of its being led by a bishop in the state church. Because many people, and I am one of them, see the intertwining of religion and state as a FORB violation in itself. For me, the genesis of the report was regrettable.

It was, however, very welcome to see so many of the recommendations, most of them, in fact, phrased in such inclusive terms, with the Foreign, Commonwealth and Development Office (FCDO) giving clear signals it would implement them inclusively. And so I was converted. I’m not a convert, in any fundamental sense, to the genesis of the review, but I would definitely be one of those in the last two years that has been really impressed and pleased about the way that things have developed.

The John Bunyan Fund – a designated government funding stream covering a number of different religions or beliefs, including humanism – enabled Humanists International to set up the Humanists at Risk: Action Report, which looks in depth at how people with non-religious beliefs are discriminated against.

Since 2015, Humanists International has published an annual Freedom of Thought Report, which documents the national situation for the non-religious in every country of the world, every single country, and it is updated annually. That national level report draws on quantitative data, black letter law, and events that have taken place within that year to make its judgments. It’s judgments are in each country assessed on a scale of how countries are performing and constitutional law, family law, educational law, and other instances of social policy. These reports have been very well received by politicians, researchers, and policymakers throughout the world.

But what we’ve never really had the capacity to do in the past was to supplement those national studies of each country, with more case-led qualitative, interview-driven work with survivors of persecution, current activists, or people who are currently being persecuted still in their countries. Therefore enabling Humanists International to dive deeper into those situations and to produce country-specific recommendations that those other governments and other special envoys could use when they’re looking at those countries – based on the experience of people who are suffering discrimination or persecution in their lives now.

The Humanists at Risk: Action Report changed this. We looked at eight countries, Colombia, India, Indonesia, Malaysia, Pakistan, Nigeria, the Philippines, and Sri Lanka. And the selection was, as these things often are, to some extent dependent on where we had people that we knew that we could interview and engage with. They were also selected because they were a mixture of countries where i) the situation is bad and not getting any better ii) the situation is not that bad but is getting worse (like India, for example). One of the things that a proactive agenda on FoRB for both civil society and states can do is to help you look ahead, not just to deal with the current crisis, but to see when things are heading in the wrong direction.

We spoke to humanists in organised contexts or humanist organisations in countries where it’s possible to have a legally constituted humanist organisation, and we looked at their individual experiences. We made specific recommendations for each country in terms of law and policy, so that the FCDO and other well intentioned governments could bring influence to try and resolve some of these situations.

We found some common themes affecting humanists and other non-religious individuals in those countries:

The value of this research was not only a deep dive into these countries, and the provision of country-specific recommendations for the FCDO and others, but a beginning of tracing some of the emerging trends common to all those jurisdictions. By investigating specific countries and interviewing people who are being oppressed, discriminated against, and persecuted in their lives now, The FCDO and others can look forward to where things are developing and worsening rather than just deal with crises as they occur.

A copy of Humanists at Risk: Action Report can be found here. 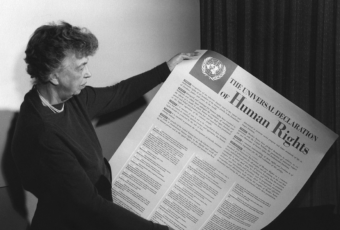