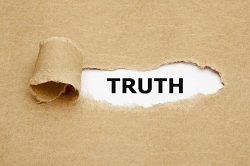 Humanist ideas begin – as the name suggests – with the human being and perhaps the most important assertion is that through the active deployment of our human senses, we gain an understanding of reality. Sights, sounds, smells, and touches all provide grounds for beliefs, and it is through science and free enquiry that we’re able to test those beliefs and the theories we have invented on the back of them. We gain knowledge about how the world works (albeit provisionally!).

‘If John comes in and gets a good doggy whiff, he acquires a reason to believe that Rover is in the house. If Mary looks in the fridge and sees the butter, she acquires a reason for believing that there is butter in the fridge. If John tries and tries but cannot clear the bar, he learns that he cannot jump six feet. In other words, it is the whole person’s interaction with the whole surround that gives birth to reasons.’ – Simon Blackburn

The universe that human beings have discovered in our interactions with it, appears as a tangible natural phenomenon. It behaves according to principles that can be observed, determined, predicted, and described. Its opposite, which humanists reject, is a supernatural world: another reality beyond what we can perceive through our normal senses. Knowledge of this world comes from supernatural revelations, prophetic visions, or divinely inspired books.

Out of all the various methods that people have tried to use to find out how the world works, observation, experimentation, and testing theories against evidence have the best track record. Humanists embrace science as the most effective tool in understanding our reality.

Science is one of the most powerful and ethical human inventions of all time. Science values truth and looks for disagreement and debate to approach the truth more closely. Scientists look at evidence and suggest hypotheses – explanations for the phenomena they’re observing. But then, crucially, they test the evidence again.  Over time, the explanations get better and better. This process gives our sense-experience a greater reliability over time through corroboration.

‘I am among those who think that science has great beauty. A scientist in his laboratory is not only a technician: he is also a child placed before natural phenomena which impress him like a fairy tale…’ – Marie Curie

This is not knowledge that is set in stone or unquestionable. The descriptions of reality offered by science are provisional and never entirely and totally certain. At any time evidence may present itself that renders old explanations redundant and new explanations preferable.

‘Humanists do not claim to know, we just ask you to be wary of those who claim to know. Who told them? What does their knowledge mean? Why should you trust them? Above all, don’t take my word either. Don’t take anybody’s word for it. Find out for yourselves.’ – Stephen Fry

Through science, we have created amazing technology, from mobile phones to medicine, to space rockets, and wind turbines; we’ve cured once-deadly diseases; and navigated our way through and learned things about the universe that fill us with wonder. When we want to understand how the world works, make our lives better, and nurture the rest of life on this planet, there is no better method. 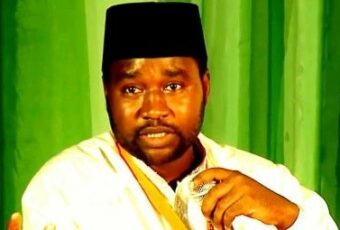