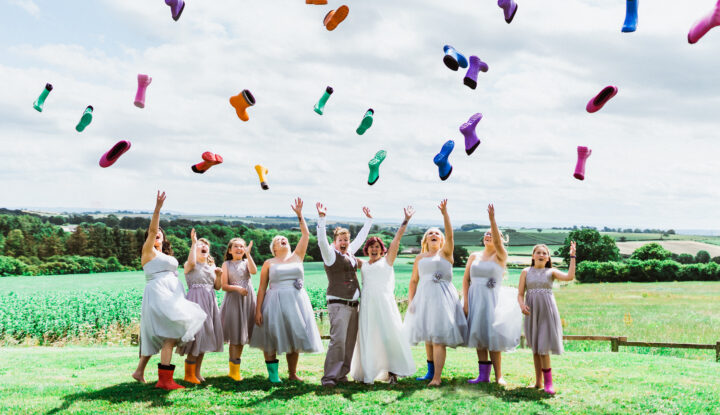 Today, MPs will debate the legal recognition of humanist marriages in England and Wales. With support within and beyond Parliament across the spectrum of religions and beliefs, and across political lines, this is a reminder to the Government that legal recognition is well overdue.

Nine years have passed since the Government gained the power to enact legal recognition of humanist marriages by Order. The Government, should it wish, could legally recognise humanist marriages almost overnight, giving non-religious couples the choice of a personalised, values-driven marriage ceremony in line with their beliefs.

Currently, couples wishing to have a humanist wedding in England and Wales must also have a civil marriage with a registrar to be married in the eyes of the law. It’s a frustrating situation for couples who, unlike their counterparts in Northern Ireland and Scotland where humanist weddings are legally recognised, are required to organise and pay hundreds of pounds for a second ceremony they do not want.

Frustrated by this lack of progress, six humanist couples took a case to the High Court in 2020. The Judge agreed that “the present law gives rise to… discrimination” but ruled in favour of the Government. She stated its refusal to act immediately could be justified “at this time” on account of an ongoing Law Commission marriage review and that the Justice Secretary’s “stated desire to consider any reform on a wholesale rather than piecemeal basis” was legitimate. This was said to be so because of the complexity of current marriage law, particularly around the fact that the law was inconsistent in who could and could not have marriages outdoors.

How galling it was then to learn of the Government’s proposal in December for a piecemeal reform to allow marriages outdoors permanently in England and Wales, with humanist marriages once again excluded. Piecemeal reform is precisely what the Government has now made, and it’s this that MPs will highlight today. What’s good for one reform should be good for another.

There is no good reason to delay any longer. This is an uncontroversial piece of legislation with public and parliamentary backing. With the Government now undermining its own argument against change, ministers should reconsider and – after nine years of delay – recognise humanist marriages in England and Wales.