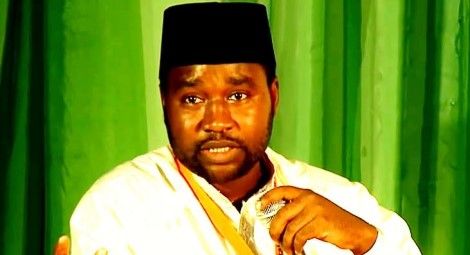 Today, The Independent published my comment piece on the persecution of the non-religious globally. The original article can be found here.

Today, protestors will gather outside the Nigeria High Commission in London to urge the release of Mubarak Bala, president of the Humanist Association of Nigeria. It has been two years since he was arrested and locked up far from home. A few weeks ago he was sentenced to 24 years in prison. His crime? Simply to be non-religious and to post critiques of religion on his Facebook page.

The sentence may seem shocking in its severity but it is the tip of the iceberg in a global trend of increasing state action against the non-religious, ranging from general discrimination to arrest, imprisonment, torture or even death. Blasphemy remains a punishable offence in at least 83 countries, apostasy a criminal offence in 17 countries. There are 13 countries around the world where you can be sentenced to death for expressing an opinion deemed blasphemous or for apostasy, including Nigeria, Afghanistan, Qatar, Malaysia and Saudi Arabia.

In the last few years, violent action has been taken against non-religious people. In Malaysia, members of non-religious groups have been arrested and their associations suppressed. A government minister swore to “hunt down” atheists and humanists. In Libya, leaders of Humanists International’s affiliate group were harassed and arrested, and their organisation suppressed. Even if not sentenced, a mere accusation against you, motivated by personal grievances, can result in harassment, or being murdered with impunity by vigilantes. Humanist activists in India and humanist bloggers in Bangladesh have been murdered on the streets in targeted killings. One Pakistani student was lynched by his classmates merely for saying he was a humanist on social media.

Mubarak’s life story was an example of the hatred against non-religious people across the world. In 2014, when his humanist beliefs first became known to others, he was forcibly detained in a psychiatric hospital for over two weeks. He was only released when a strike at the hospital saw many patients discharged. His treatment for not believing in gods is a common action taken against non-religious people in majority-Muslim countries in particular.

The human right to freedom of thought, conscience, and religion or belief should be a universal right for everyone everywhere, equally. As well as protecting mainstream religious adherents and orthodox and established believers, it must also protect the non-conformists, the reformists, the minority sects, the heretics, and the splitters. It should protect humanists, atheists, agnostics, and those with non-religious worldviews, whether systematised or implicit.

In much of the West, to be a humanist or otherwise non-religious carries comparatively few penalties – reduced access to state schools in a country like England, or reduced social respectability in a country like the US perhaps. These are inequalities that we must campaign to eliminate but they don’t come close to the widespread risk of death.

We have an enormous responsibility to stand up for the universal human rights of those less fortunate. In July, the UK is hosting an international ministerial conference on the right to freedom of religion or belief. As that summit approaches, while it convenes, and in the months and years afterwards, the pressure should be on for decisive action on this most fundamental of human rights. The pressure should also be on for it to be truly seen as a right for all.