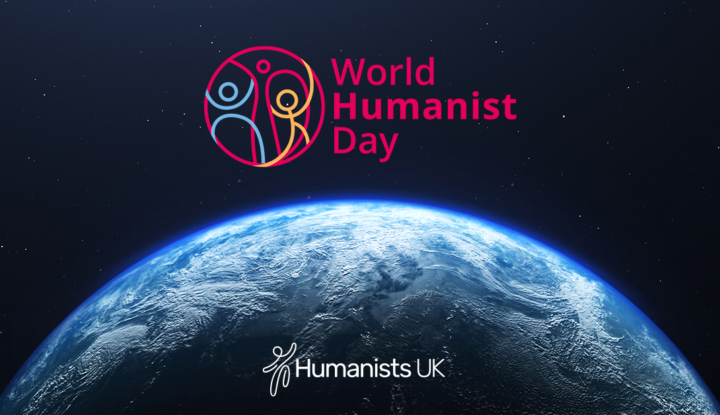 It’s World Humanist Day! Today humanists from around the globe are coming together to celebrate the values of humanism – kindness, equality, rational thought, and working towards a world where everyone can live a flourishing life.

World Humanist Day is celebrated on June solstice, an event that by its nature is shared globally – summer solstice in the northern hemisphere (the longest day of the year) and winter solstice in the southern (the shortest day of the year). The event originated in the 1980s, its date inspired by the echoes of ancient communal gatherings and humanity’s growing understanding of the universe. Summer solstice was one of the earliest astronomical observations in human prehistory, its discovery marking the beginnings of neolithic humans making predictions about their environment in order to survive. As well as being a milestone of human progress, it also represents togetherness and global community.

Today, we also reflect on the achievements of the last year – all down to the support of Humanists UK’s members. In the last 12 months, we’ve had major successes with our assisted dying, blasphemy, abortion, and humanist marriages campaigns; eight years of our campaigning on education has culminated in a new bill that will close illegal schools; our coalition to defend human rights and judicial review now has more than 200 organisations as members; and we’ve continued to grow our network of school speakers, non-religious pastoral carers, and celebrants.

And while we can celebrate progress at home, let’s not forget that this day is also about supporting those of us who face persecution and violence. In many countries around the world, you would scarcely mention you were a humanist, let alone celebrate humanist values in any public way. World Humanist Day serves as a timely reminder of the systemic discrimination humanists, atheists, and the non-religious are still subjected to. If you’d like to learn more about this, I encourage you to read Humanists International’s Freedom of Thought Report.

However you celebrate today, whether it’s a picnic in the park with friends, a quick flick-through The Little Book of Humanism, or a look at some of our online courses and YouTube videos, we encourage humanists and those interested in humanism to reflect on their own values, convictions, and beliefs. Ask yourself what can we celebrate about being human, what would a humanist vision for the world look like, and what would you like to do to bring about a better world?