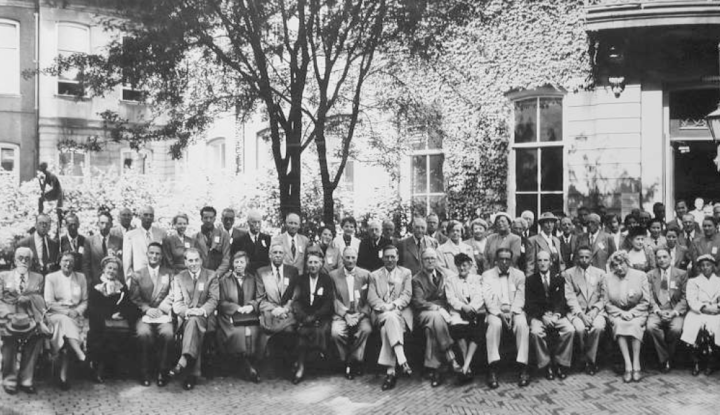 The global humanist movement as it existed in the nineteenth and early twentieth centuries was largely wiped out by the rise of fascism and Soviet style Marxism and by the devastation wrought on societies by the Second World War. Humanist organsiations were among the first to be banned by the Nazis and everywhere the movement was squeezed by the anti-liberal tendencies of the time.

In 1952 the time was right for recovery and at the first World Humanist Congress, held in the Netherlands, the founders of Humanists International agreed on a statement of the fundamental principles of modern humanism. They called it ‘The Amsterdam Declaration’.

The Declaration was a child of its time, set in the world of great power politics and the Cold War. Searching for a way beyond the geopolitical tensions and political vacuums left by war, it asserted that ’humanists have confidence that the present crisis can be surmounted’. It presented humanism as a third way between religions which claimed to be based on revelation on one hand and totalitarian systems on the other. It focused on the importance of democracy, using science creatively and not destructively, affirming the dignity of man and the rights of the individual whilst promoting social responsibility and the collective pursuit of improving the lives of everyone, everywhere.

It had five humanist organisations as signatories: from the UK, the Netherlands, Austria, Australia, US, and India. 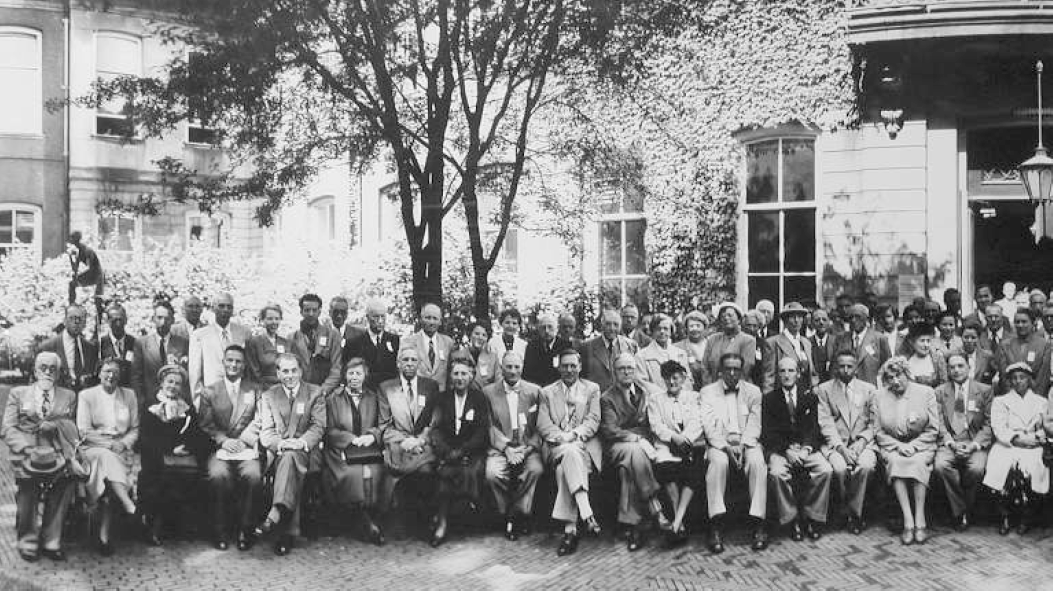 Caption: Members of the founding IHEU Congress meeting in 1952 at Oudemanhuispoort, University of Amsterdam

Caption: Members of the founding IHEU Congress meeting in 1952 at Oudemanhuispoort, University of Amsterdam

Fast forward to 2022, and the nature of global humanism – and by consequence, the Amsterdam Declaration – have changed.

Though we no longer have living memory of the atrocities of the Second World War and don’t presently feel the geopolitical tensions of the Cold War era, humanism now faces new challenges. Over the last few years, we’ve witnessed a steady but consistent erosion of democratic principles, whether it be the rise of Hindu nationalism in Modi’s India, the rise of white Christian nationalism in the US, and an increase in the number of people living in closed societies, whether in China, Russia, or elsewhere.

As befits the nature of humanism — friendly to evolution, anathema to dogma — the statement was updated in 2002 and most recently in 2022, to reflect modern realities. The new Amsterdam Declaration retains that commitment to individual freedoms, dignity, and social responsibility, and focuses on the importance of being rational, but also on providing an alternative to dogmatic religion, authoritarian nationalism, tribal sectarianism, and selfish nihilism. It too, is a child of its time.

Today the humanist movement has moved beyond the global North and is truly a global one, with members and associates from across the world, from Malaysia to Mexico, Ghana to Guatemala, and Barbados to Burma.

Caption: Members and Associates of Humanists International voting on the updated values and principles of the new Amsterdam Declaration in 2022, Glasgow. 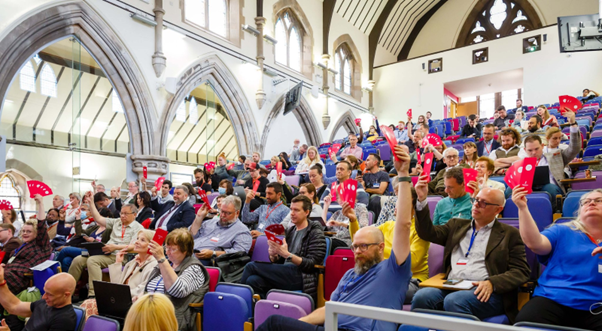 Caption: Members and Associates of Humanists International voting on the updated values and principles of the new Amsterdam Declaration in 2022, Glasgow.