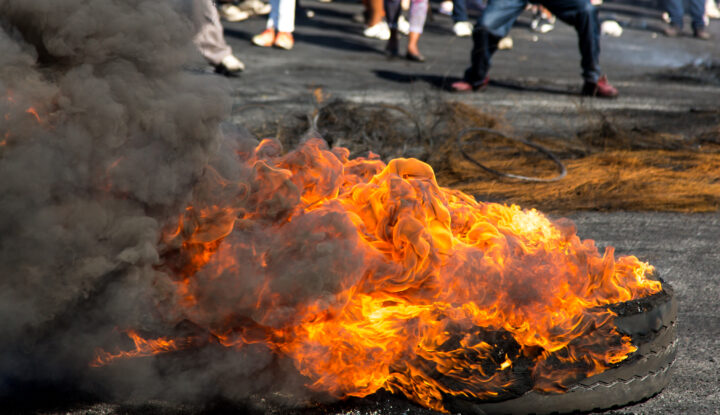 Each year on 22 August we remember lives lost to acts of violence carried out on the basis of, or in the name of, religion or belief. This International Day is a timely reminder of the growing number, range, and intensity of such acts of violence around the world. To counter these human rights abuses, governments, media, and all of us must respond by upholding the universal right to freedom of thought, conscience, and religion or belief (FoRB).

What we mean by Freedom of Religion or Belief

Freedom of thought, conscience, and religion or belief, as set out in Article 18 of the Universal Declaration of Human Rights, is the most basic right of all – the right to your own opinions, to practice your beliefs, to share your beliefs with others in a non-coercive way, and to change your mind. Some people wrongly perceive FoRB as a right for religious people and for many there is a sense that if you are not religious, FoRB does not protect you. But this is a profoundly incorrect interpretation. Article 18 protects the human right of everyone to their own beliefs. It encompasses the right of an individual to reject any religion or belief, to identify as humanist or atheist, and to manifest non-religious convictions through expression, teaching, and practice. It is a universal right.

In many parts of the world those who reject the dominant religion or declare their own humanist beliefs, face discrimination, arrest, imprisonment, torture, and death. The case of Mubarak Bala – the President of the Humanist Association of Nigeria who was this year sentenced to 24 years in prison in Kano state, Nigeria, for allegedly posting blasphemous Facebook posts – demonstrates the very real threat faced by individuals when exercising their right to freedom of belief.

Mubarak is supported by Humanists International, an organisation that supports humanists, atheists, and non-religious individuals at risk around the world. It currently has 11 active cases that are publicly shared. These include Golrokh Ebrahimi Iraee, an Iranian writer and human rights defender, who was sentenced to six years in prison in 2016 for ‘insulting the sacred’ and ‘propaganda against the state’. Her crime? An unpublished story she wrote in her private notebook, which critiqued the practice of stoning women accused of adultery. Another case is that of Ahmadreza Djalali, a Swedish-Iranian researcher sentenced to death in Iran on false charges of espionage and “spreading corruption on earth”. In 2016, he was arrested and charged while he was in Iran attending a series of academic workshops. During his imprisonment, he has been subjected to intense psychological torture and forced to sign statements under threats of execution. He has also repeatedly been denied access to his lawyer.

It is in all our interests to speak up for the protection and promotion of this basic right, because when it is denied to one group, all are affected. Where we see Christians persecuted, Muslim minorities – Shi’a or Ahmadiyya, for example – also suffer, as do Baha’is and humanists. Where Muslims are the prime victims, as seen by Uighurs in China, Christians, humanists, and other minorities suffer alongside them.

It’s no coincidence that all of the cases mentioned originate in countries with poor human rights records in general. FoRB is a good indicator of the human rights situation in a given country and when free expression of beliefs is restricted, it tends to signal a shrinking space for other civil and political rights, such as the right to life, privacy, assembly and expression, as well as social, economic and cultural rights. On the other hand, countries who commit to upholding FoRB will often be creating a safer environment for the flourishing of other human rights.

This is why as humanists, we value Article 18 so highly. Freedom of thought, conscience, and religion or belief is a universal right for everyone everywhere, equally. When upheld, FoRB protects everyone from mainstream religious adherents, to orthodox and established believers, to the non-conformists, reformists, minority sects, and the heretics and the splitters. It also protects humanists, atheists, agnostics, and all those with non-religious worldviews, whether systematised or implicit.

This is why on International Day for Commemorating the victims of Acts of Violence Based on Religion and Belief, we not only deplore all acts of violence against persons on the basis of their religion or belief, but we make the call for governments, media and institutions around the world to speak out for individuals in jail or facing execution, support civil society actors on the ground working to defend freedom of religion or belief, and make it a priority to promote this most basic of freedoms.