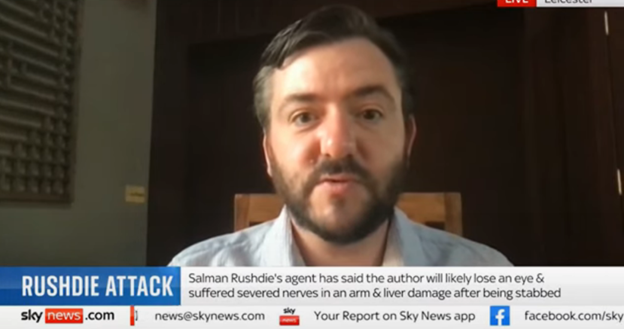 In the last five days I have spoken to a number of media outlets including Sky News, Channel 4 News, Times Radio, LBC, BBC 5 Live, Reuters,  and the BBC World Service about this tragedy and why it feels like an attack on freedom of expression and humanist values.

Over the decades Salman has raised his voice for so many whose freedom of expression is imperiled, for humanist values, and for human rights. He has been under threat for many decades by violent extremists, who want to silence his voice because they have no rational answer to these values.

Attacks on artists and thinkers strike at the heart of an open and democratic society and should be opposed by all people of good will, whatever their beliefs.

We condemn this attack on Salman and our thoughts are with him and his family.