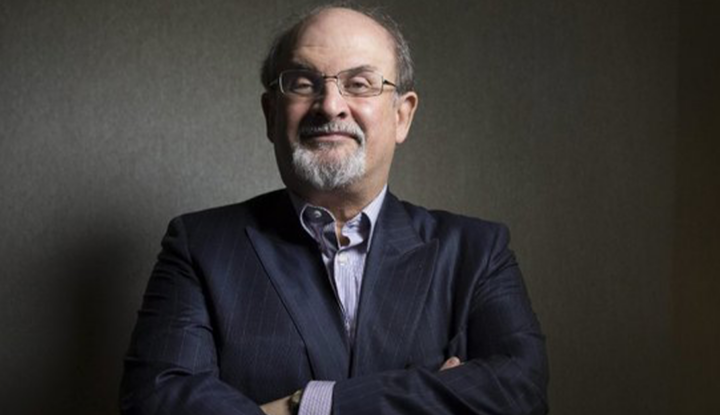 Since news broke of the attack on Salman Rushdie, it has been heartening to see such a breadth of support expressed for him,  even from unexpected quarters where he has been lauded as a hero of artistic freedom of expression. But not of course from every quarter. Let’s leave to one side the fanatics in Iran and elsewhere who see his blasphemy and apostasy as a capital crime – their reaction is obvious. It has been nearly as disturbing to see social media light up with the weasel words of apologists for those who react violently to material that offends them.

The motivations of some of these apologists may seem good. Examining both sides of an argument, listening to all parties, and weighing up the evidence are all essentials of a modern, democratic society. It is also a natural instinct to look for meaning and justification when terrible events happen (Google “just-world fallacy”). But in this case, these instincts are misfiring, wrongfully looking for nuance and balance where it doesn’t exist.

‘Violence is wrong but don’t you think it is also wrong to offend people like he did?’ In a word: no. Ignore for the moment the way in which this question casually compares the writing of words that no one is compelled to read with the inescapable inflicting of life-changing injuries. We should take issue with the very idea that giving offence is fundamentally ‘wrong’.

Some words do cause harm. Incitement to violence, incitement to hate, especially when these words target people who are socially vulnerable – words in this context can be a flame to a tinderbox. But just to be offended by itself is not to be harmed, and certainly not if this offence arises from literature, art, or intellectual expression. The feeling of being offended may be uncomfortable and we may choose not to expose ourselves to them (they are largely voluntary experiences – you have to read The Satanic Verses to be offended by it, after all). But to be disturbed in our opinions, to have them challenged, to encounter a different – perhaps profoundly shocking – new idea or perspective: in the final analysis, far from harmful, these experiences are gifts we are lucky to receive.

Even if we did accept that being offended is to be harmed somehow, we still couldn’t say that it was always wrong. Some things cause harm, but we accept them as the price of other things which are more valuable. And surely to live in an open society with freedom of thought and freedom of expression is an example of one such valuable thing?

By being free to speak and to express ourselves we are happier and more fulfilled. We can develop our ideas and views and give full rein to our creativity and curiosity without fear. Freedom of expression creates the climate for scientific and social progress because it is only in the context of debate, dissent, and disagreement that truth emerges and knowledge can advance. Freedom of expression gives us access to the thoughts of others and through knowing their beliefs, values, and opinions, we not only have the opportunity to understand them better but to reconsider our own thoughts and to change our minds if we’re persuaded by views different from our own.

When we resile from these principles in the democratic world, we strike a blow against our own freedom, but we also betray the struggles of those elsewhere fighting for theirs. In 1988, Iran’s leading novelists, critics, and poets, mainly Muslim, all immediately came to Rushdie’s defence, awarding him the nation’s highest literary prize – and they risked their lives to do so. Arab and Persian authors wrote a letter in defence of his life and free expression, pleading, as much as anything, for their own freedom of expression, believing that no writer can flourish in a climate where ideas are not free.

‘Look what you made me do,’ says the offended party with the bloodied knife in his hand. Put like that, can we ever accept such a defence? Not in a free and open society. Yet we see it being accepted more and more. We saw it in the aftermath analysis of the Charlie Hebdo shootings in 2015, we saw it after the killing of Samuel Paty in 2020, we saw it in the wake of a teacher going into hiding after showing images of Muhammad in a Batley Grammar School last year, and we’re again seeing it again with the attack on Salman Rushdie.