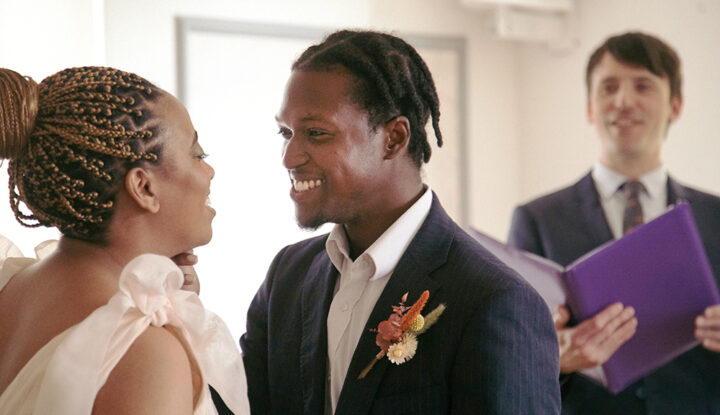 As news coverage of the Church of England’s decision not to allow same-sex Anglican couples to marry in line with their beliefs continues, it’s important to remember that the Government is denying same-sex and opposite-sex humanist couples in England and Wales that very same right.

It’s been ten years since the UK Parliament passed legislation to allow for humanist marriages in England and Wales, but the government is yet to activate this law – a failure that was deemed discriminatory by the High Court in 2020.

The issue of humanist marriage is a much bigger LGBT equality issue than Anglican marriage. Two-thirds of LGBT people are non-religious, and for many of these couples, a humanist wedding is the ceremony that best represents their outlook on life and marriage.

The Government must take action and activate the legislation passed in 2013, to make sure that humanist couples in England and Wales have the same rights as their counterparts in Scotland and Northern Ireland. Marriage reform is not just the Church’s business, it is the business of everyone in the UK.