The Archbishop of Canterbury was interviewed for today’s The Times and he seemed to give support for a relaxation if not an ending of the admissions discrimination allowed to state religious schools:

Church of England faith schools are moving away from selecting pupils on the basis of their religion, the Archbishop of Canterbury has revealed.

The Most Rev Justin Welby said that selection was not necessarily the key to good results and believes that throwing open the doors to all-comers can help the Church achieve its mission to alleviate poverty.

…”There’s a steady move away from faith-based entry tests”, he said.

Within a few hours, Lambeth Palace reacted, as The Times again reports:

Archbishop Welby later attempted to tone down his comments. In a statement, released by Lambeth Palace, he said: “I fully support the current policy for schools to set their own admissions criteria, including the criterion of faith. Nothing in my wider comments on this subject should be seen as dissenting from this policy.”

So, the Archbishop has after all failed to join the large majority of the public – 73% – who agree that state-funded religious discrimination must end – a shame, but not unexpected.

Although it may beak the record for speed this is not the first time that prominent Church of England representatives have been forced to flip-flop on the issue of school admissions. Promises of at least 25% inclusivity in 2006, 90% inclusivity in 2011 and 50% inclusivity in London have all failed to crystallise into concrete action.

This all exposes the increasingly irresolvable tension at the heart of the Church of England. Many within the Church of England want it to be seen as a fighter for the disadvantaged in society but at the same time they are members of an extraordinarily privileged denomination. This is nowhere truer than in relation to “their” schools.

Let’s firstly remember that these schools have their running costs 100% funded by the public, allowing the promotion of one religious denomination at the general expense – an enormous privilege.

Secondly, let’s never stop pointing out that state-funded religious schools – or ‘faith’ schools as they are now generally known – are a source of massive discrimination against the poor and disadvantaged in society. In selecting on religious grounds they also select on socio-economic and racial grounds. When you realise that they contain more pupils than grammar and independent schools put together, you see that they are easily the largest source of discrimination in our education system today.

The figures are stark: nationally, Church of England secondary schools take 13% fewer pupils eligible for free school meals than would be expect for schools in their areas; Catholic secondaries take 15% fewer. 51 of the 100 most socio-economical unrepresentative state schools in the country are religious ones and the Church of England – far from being the champion of the poor – is head defender of this radically unfair and divisive system. 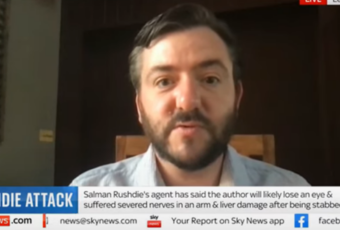 In the last five days I have spoken to a number of media outlets including Sky News, Channel 4 News,…